I could not let a broken sewage ejection pump lie.  I did call the plumber this morning and left a message on his voice mail and then tried to take a nap, letting the broken pump just stay broken.  But my nap was constantly interrupted by thoughts like – 1) it’s Sunday, the plumber is not going to call you (he didn’t), 2) you probably can do it yourself in like 45 minutes (it took 4 hours) and 3) even if you start and fail, the plumber is on his way already anyways, so what is there to lose? and 4) OMG, I’m totally going to be knee deep in shit for a long time and I only like to be knee deep in shit when I’m at the hospital and not during my own nap time.

So I watched a few youtube videos and felt trained enough and I went in.  I started with this: 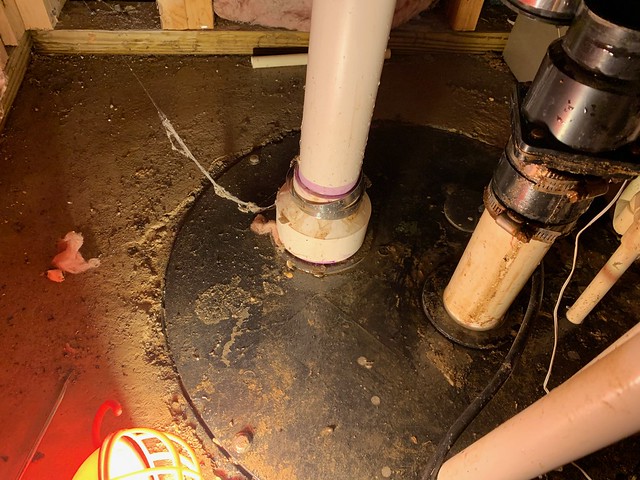 A sewage ejection pump is exactly what it sounds like, it takes dirty water from the toilets and sink from below ground (the basement) and collects it in this bucket in the ground and when it fills to a certain level, it pumps it up to the ground level sewage.  It had stopped working – everything backed up,  the basement was slightly flooded.  Initially Brian thought the toilet was backed up, but the pump is located outside their apartment in the common area of the basement and he didn’t notice that the whole sewage system was backed up.

I will spare you photos of my work – I started myself by lifting the cover off the pump bucket and using our wet vac to suction out the sewage in the bucket to try and reach the pump.  After about 30 minutes of this on my own, Brian (bless his heart) pitched in and helped me suck and dump bucket after bucket of sewage out into the backyard.  Finally, we got to the pump – it seemed like the pump and the bucket were all coated with a deep layer (like 6″) of white debris.  We couldn’t decide if it was hard water deposits or grease buildup or toilet paper build up.  Anyways, we scraped the debris from the sides of the bucket and the pump itself.  It’s a small space, it’s really smelly and we needed to contort to get the pump in and out and to scrape out all the debris.  As we were working, Brian and I traded stories of our dirty jobs.  I started with stage 4 pressure ulcers that needed dressing changes, he countered with back of the house restaurant clean-up work.

Brian and Jeremy convinced me that we could rescue the pump which turns out, really wasn’t broken, just covered with crappy crap and couldn’t pump with all the crappy crap in the bucket and as soon as we rinsed it off and cleaned out the bucket, it seems to be working fine.  Brian and I reinstalled the now-clean sewage ejection pump into the now-clean sewage ejection pump bucket and tested it out.  I told Brian after we finished (well it’s not really finished, I still need to order a few parts online) that if we weren’t friends before, we were certainly friends now.  Jeremy, who spent the afternoon working on his bike and consulted in on our work, every once in a while would take a whiff of me and tell me that I smelled bad.  It was no joke.  I smelled bad. 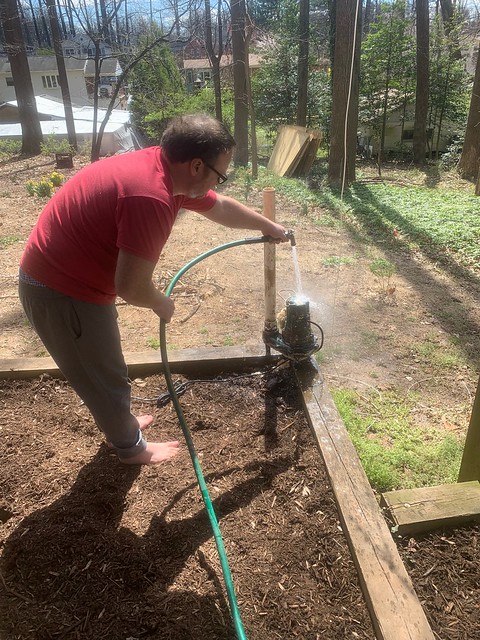 I have never, ever wanted to take a shower so badly.  And I took a nice long one right before we went to Sunday night dinner where we celebrated Sarah’s birthday with Lauren’s cake!  I rarely ask for an alcoholic drink, but I really wanted one tonight and happily took up Colleen’s offer for a tequila sunrise.  Yum! 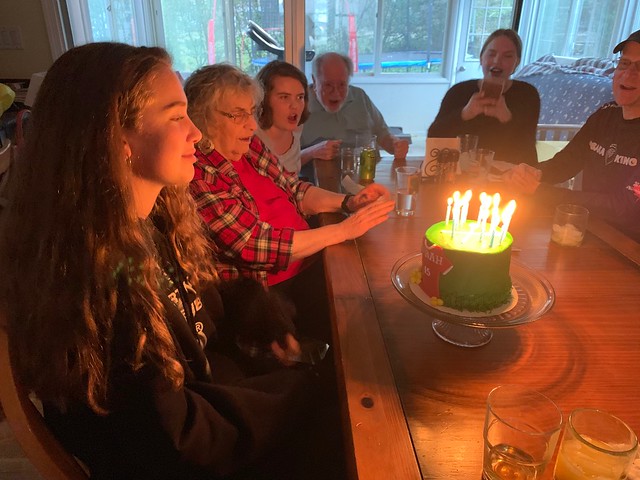 And then we came home to a broken stairlift.  Argh.  I’ll have to get new batteries tomorrow. 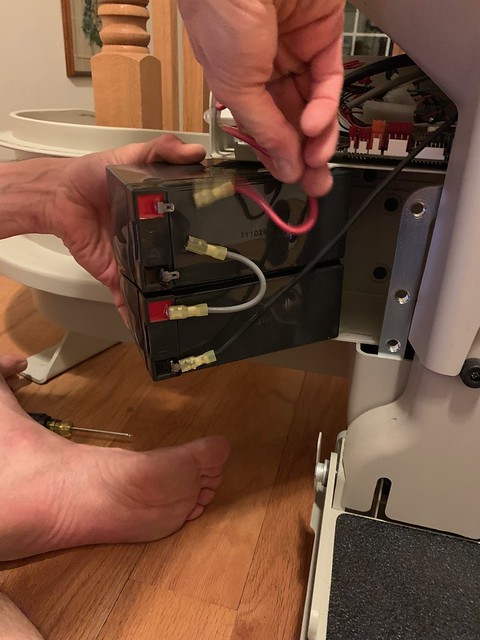