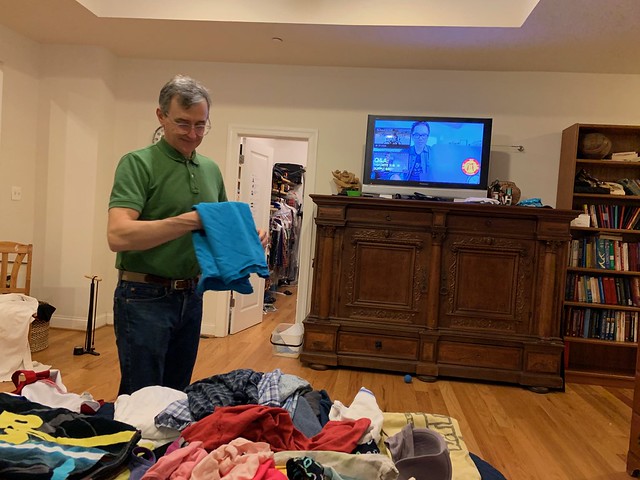 The taxes are mostly done.  Somehow I have a snafu and can’t e-file, so I have to mail them out.  But they are done and we owe, but I knew we would owe so that isn’t a surprise.  It occurred to me the other day that in a year, if Jeremy and I both died together, we could give our whole estate (estate sounds weird – as if we owned a castle.  I mean, my home is my castle, but I mean a castle with hounds and horses) to Vince.  Of course, the whole thing is complicated with Edda and her care, but putting that aside, I mentioned it to Vince.  He was first like – if you guys died, who would I live with?  I said – well, if it happened next year, you would live on his own because you’d be your own person.  Then he said (eyes widening a bit), oh yeah, I’d be my own adult.  Then he said wow, I’d live in the house?  It’d be pretty big for just me.  I said that he could probably rent or sell the house and then live in an apartment/dorm near college.  But then we talked about how that might be a bit much to handle as a college junior, especially if Edda needed care coordination.  Even though it would be a lot to handle as a 20 year old, I think Vince could do it.  It wouldn’t be the best thing ever (as we’d be dead), but I think he has a good head on his shoulders.  Edda is a whole ‘nuther story.