On Friday, we arranged for snacks on the bus that was going to head from Hsinchu to Taipei for Bob’s concert. The bus we rented was a new 2003 bus, run by Mr. Ding on the 9th floor of our apartment building. It had airplane-style seats, karaoke and was a double decker. We got to the Taipei University for the Arts and milled around for a while. When it was clear that Vince was going to be fussy, they led us to the control room on top of the auditorium. Vince was even too noisy there, so we left to find another room. The weather was so cold and the lobby of the auditorium was outside, but we did manage to find a VIP room with heat. There, Jeremy and I alternated taking care of Vince and there were lots of people around to help with him. We stayed until quite late and I went back to the apt with Ben and Bob and Jeremy went back to Hsinchu with the busload of people. The next day, Jeremy drove up and we went to Ding Tai Fung, then to the silk market, then a nap and then the Shilin night market. The next day, Sunday, Bob and Ben went to the National Palace museum and we had a quiet day at home. Vince is eating a lot and sleeping a lot. We noticed that he has quite a large splinter in his thumb, it’s a little weird looking with a green sort of discoloration. So we went to a Taipei doctor. It was pretty impressive how mobbed the place was. But we had an appt and made it in and out of there in less than 30 minutes. Had dinner with Lan-gou, a friend of Bob’s and had the most wonderful ramen-type noodles. So chewy. Then we went to Bob a loos again for ice cream. During the weekend we also saw My Fair Lady and Roman Holiday! 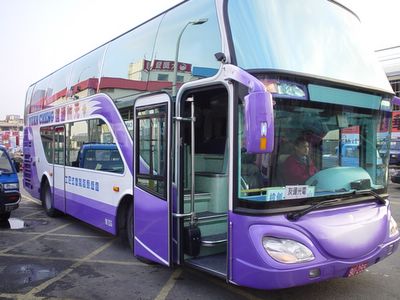