Laff. So tonight I went to my first baseball game ever. The Oakland A’s vs the Anaheim Angels. JT was the main organizer and most of the people were from his church. (I’m finally starting to remember everyone’s names from their church.) Anyways, it was a nigth game, and it was freakin’ COLD. 50’s and windy. I had 3 layers on and a winter hat, and I was still freezing. It was a good thing that tonight they gave away fleece blankets to the first 10,000 fans, cause everyone needed them.

Honestly, I didn’t watch the game that much. I was mostly talking to people and eating food. Apparently, eating food is such a big deal at a baseball game. We had everything, nachos, 10″ hot dogs, pretzel, soda, garlic fries, chili fries, churros. Even some insane people bought frozen malt thingies. Ouch. We had to stand in line for the garlic fries forever. They were good tho. 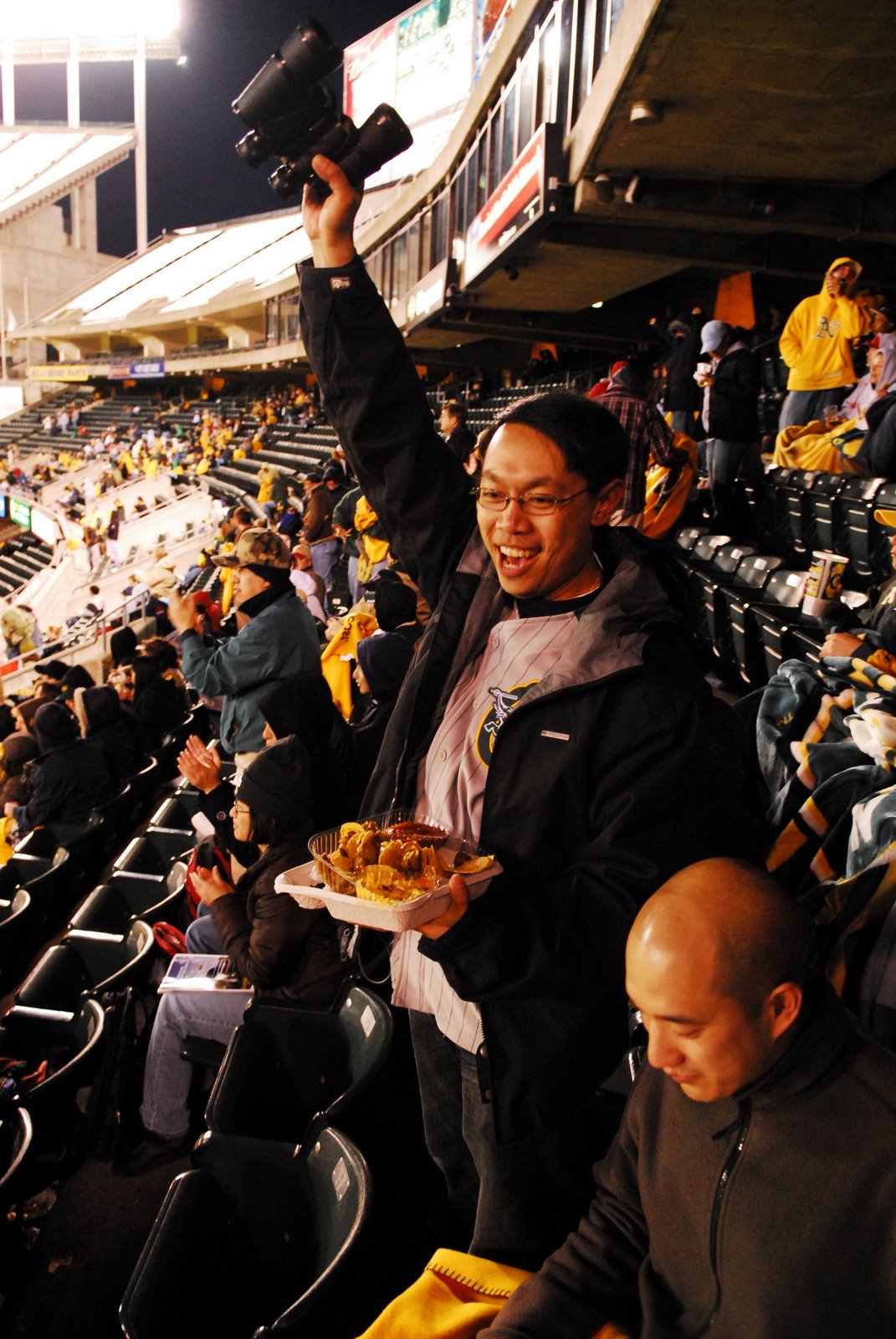 And here’s Sandy after a food run: 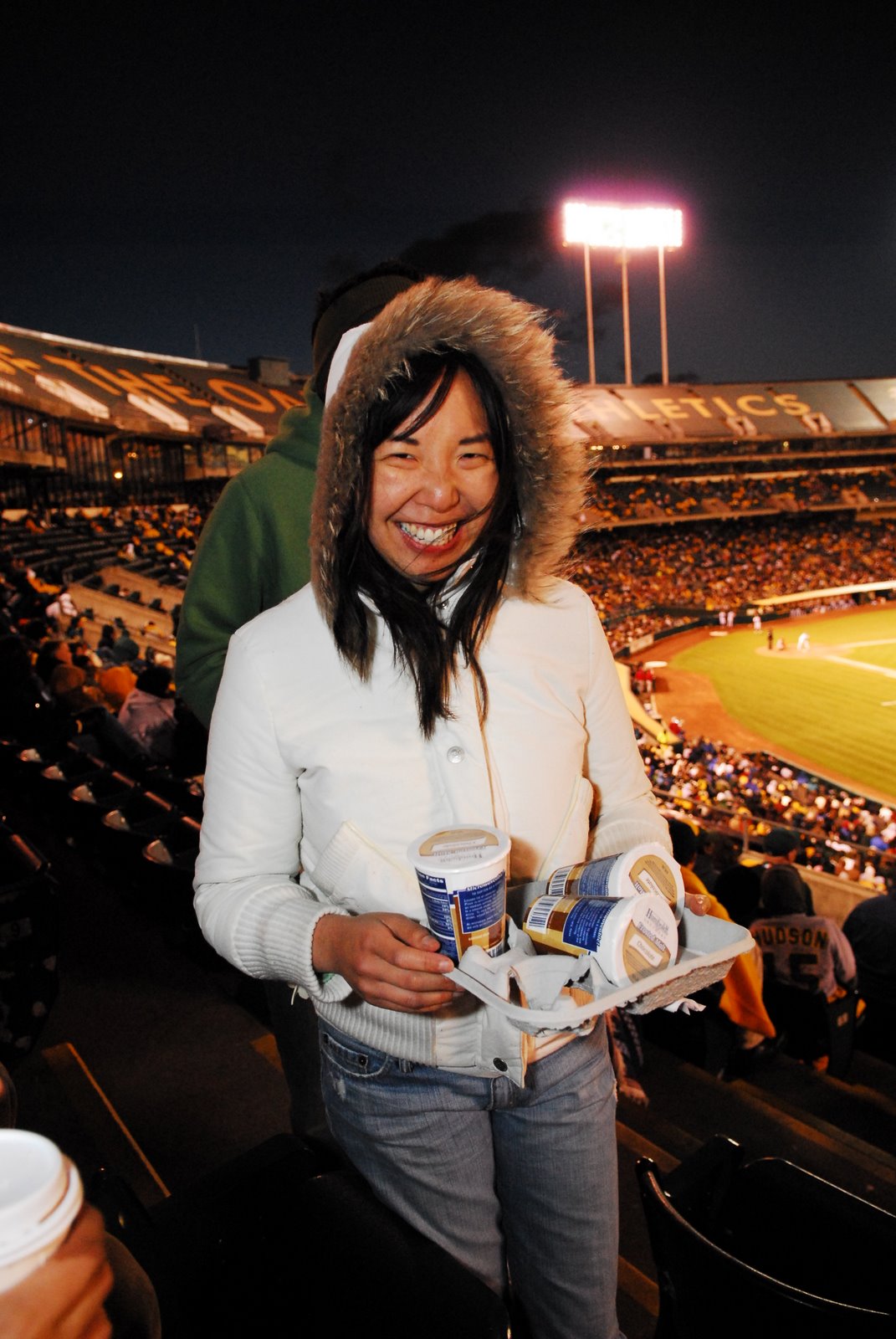 I must say, I’m beginning to really start liking the photos that are coming out of my camera now. I think I’m getting the hang of the digital thing – After only 4000 or so photos. 😛