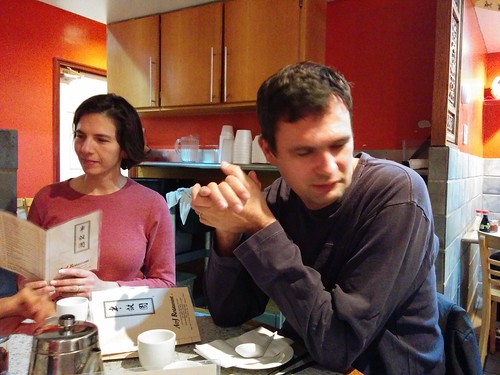 Before Thanksgiving, our friend Cindy came with her family and stayed a few days.  (This is not the best photo.  Sometimes I get beautiful photos, sometimes there is just a photo to say that something happened.) We took them to our favorite Chinese food place.  Their daughter, Melanie, LOVED the dogs.  I don’t think the dogs have ever gotten so much attention within a 48 hour span. 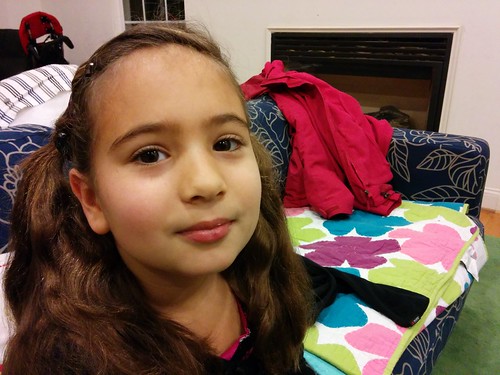 Cindy got her first dog, Monty, just a few months after we got Ruby.  This was way before any of us had any kids, so the dogs were our only children.  Cindy, Jeremy and I (and Ruby and Monty) would spend every Saturday morning at at local, hidden Austin swimming hole just watching the dogs play in the water for hours.  It was great fun.  (There was a golden named Hoover who would dive in two feet of muddy water for rocks that were 8 inches across.)

Once morning in December 2001, Cindy called us and said that we absolutely needed to go to Petco to get the dogs a picture with Santa.  While they were here visting, I managed to find mine!  2001!  Ten thousand things have happened since 2001, but both dogs are still alive and happy.

Both dogs are sick now (meaning Maxi and Ruby).  Ruby refused her dinner yesterday which is unheard of in the history of being a laborador.  Being the pessimist that I am, I concluded that she must be on death’s door and I made a “just in case” appointment for next Monday to do a chest x-ray and labs if she didn’t perk up.  But 2 hours after the appointment was made, she’s feeling (and acting) much more herself.

I know exactly what labs I want to see: WBC, Creat, BUN and Liver enzymes.  I know what the #s should be for a human, but I don’t know them for dogs. 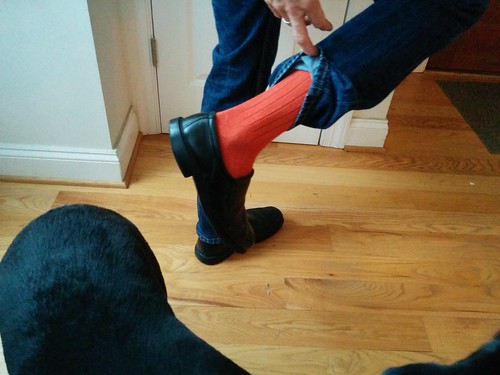 And the dorky-est digital clock ever.  This is going to be hung in our kitchen for all to see.  Can we be any more not-stylish? 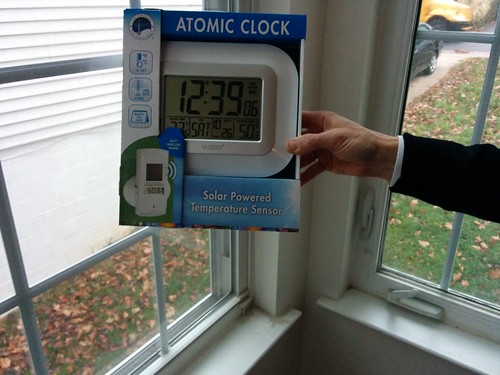