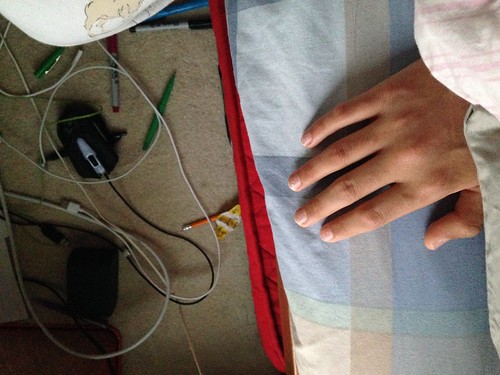 Vince has been sick this past week.  I took him to school on Tuesday and we got a call from the nurse within the hour of drop off that he wasn’t feeling well.  The school policy is usually that if you don’t have a fever, they send you back to class after a short respite in the nurse’s office.  But the nurse knew that Vince isn’t typically a frequent flyer, so she called us (or actually, he called us).

It’s this an “adult” kind of sickness all of us slog through.  He feels pretty good when the Motrin is working, but when it wears off, he gets a little feverish and feels pretty crappy.  So he’s been going to school under the auspices of medication.  I can’t decide if going to school is the right thing.  When he’s under the spell of Motrin, he’s totally himself, but when it wears off, he’s totally not.  So should I keep him home and have him be all happy-go-lucky all day?  Dunno.  I wonder if he’s contagious. That is another issue.

Also, Vince and I text a lot.  It’s been interesting. We’ve even apologized to each other after a particularly bad fight.  If you have time and want to delight him, text him! 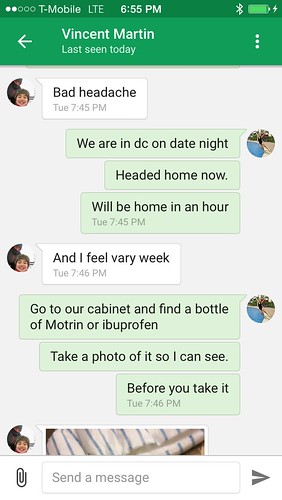