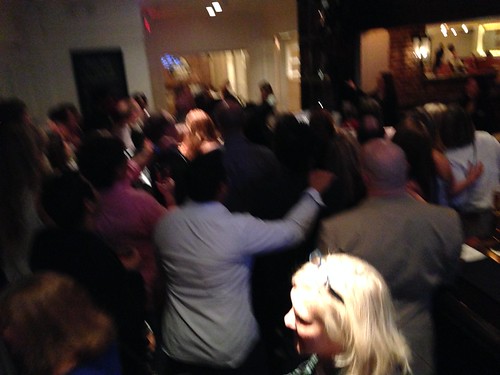 I went to my high school 25th reunion on Saturday night.  I saw many old friends, a ton who are still local and I’m embarrased to say that I haven’t seen them since the last reunion.  Lana drove me and we arrived right on time – early birds.  I was thinking about the previous reunions that I’d gone to, the 10th and the 20th, but this one was the funnest of them all.  I think I’m more relaxed these days or maybe I just drank more this time or something.  I’m willing to talk to anyone about anything.  So I talked about gestational pregnancies, tiger parenting, summer camps, autism, vineyards, parents, running for political office and then lots of goofy stuff.

Abe flew in from California for the reunion and he brought his whole family and he really wanted to meet Jeremy and the kids, so we invited him over to Sunday night dinner. 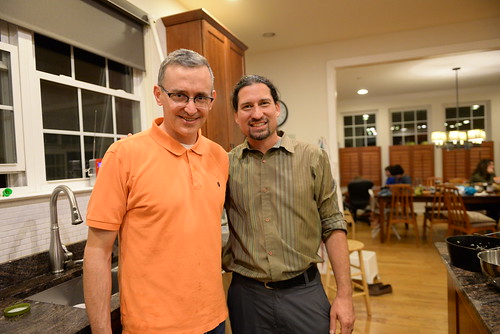 The kids seemed to get along – there was a lot of wrestling and later, we did set up a small fire on the deck to burn stuff. 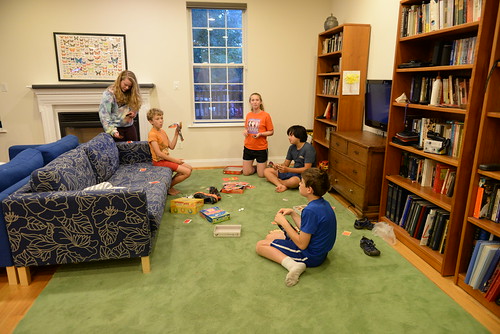 We also had Leah and Avery staying at the house, so they were there too at Sunday night dinner where we talked a lot about gluten. 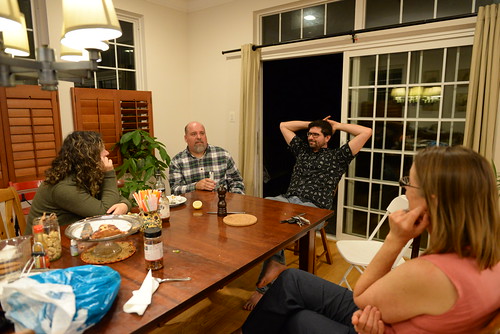 And my great acheivement of the week:  I fixed the dryer by myself!  Sunday morning, we were both exhausted and had already apologized in advance to each other for any lack-of-sleep snappish behavior, when Jeremy lamented that he was out of clothes and did I think I could fix the dryer that morning because he didn’t think he had any more clothes he could wear to work.  He was at the point of wanting to string up a zig-zag clothes line up and down our stairwell.  I suggested we just keep buying new underwear which I think is a classic solution.   For the repair, I get extra points beacuse I didn’t have to buy anything new.  Just the internets and a star shaped screwdriver that I already own. 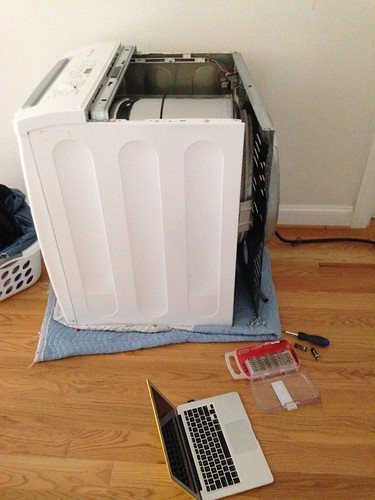