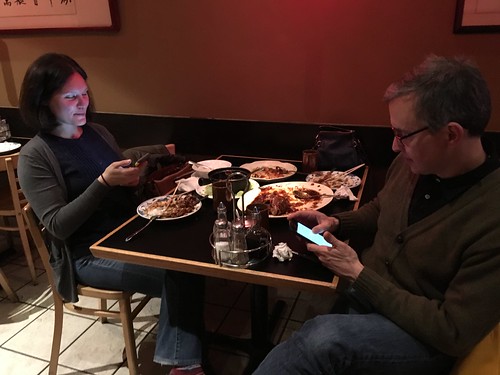 Vickey is turning 29 (again) and she wanted to go to saucy Rockville Chinese restaurant.  We went to Michael’s Noodles (near the now defunct Blockbuster where I spent a lot of time as a 16 year old).  I hope it was saucy enough.  We did spend more time talking than looking at our phones even though the photo above captured only our screen time. 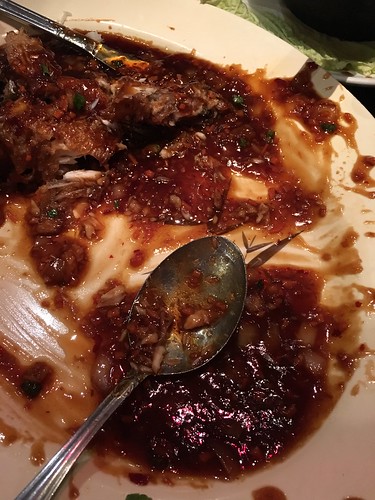 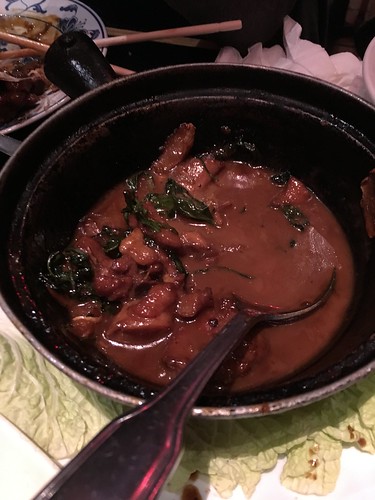 Jeremy has been spending some time replacing hard-to-reach light bulbs.  The newly installed LEDs have been flickering in the ceiling fans and just not working at all in our garage door openers.   Jeremy’s not satisfied. We argued last night about light bulbs. Light bulbs!  How can we think (at the same time) that we are both trying to do what the other person wants and (at the same time) think that neither of us told the other one what to do? 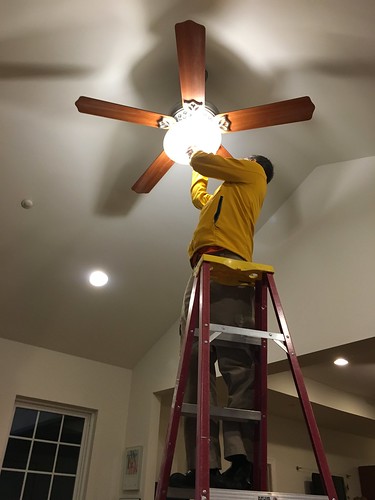 We are decluttering like fiends.  Took the door off the hinges to get this out of the master bedroom. 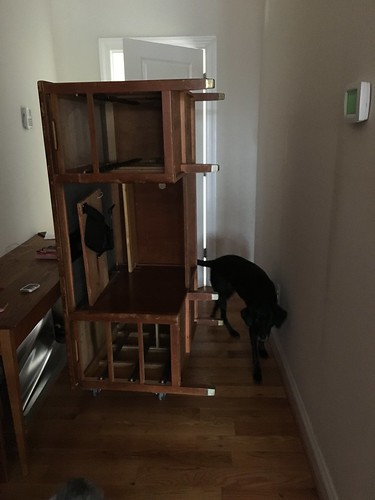