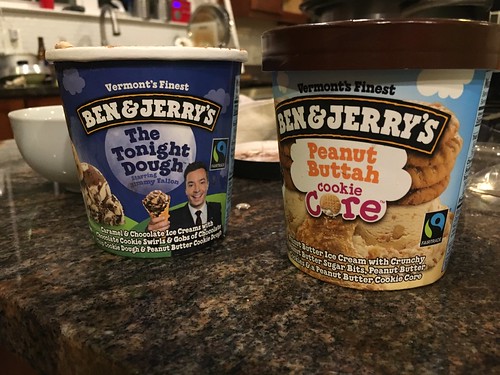 I had my first set of classes today – pediatrics and a class called co-morbidities in which they give you a case study of a person with a history of high blood pressure, high cholesterol, gall stones and breast cancer – and they come in with a severe case of the flu.  How do they present?  What hormones are released? What happens to the heart rate?  What happens to their electrolytes?  The classes are going to be fun (I think), though I miss having good friends at school.  I do love school, but it’s much nicer when you are going to school with a bunch of your good friends.  I’m determined to not let this semester spiral out of control – sometimes I get overwhelmed and have that constant anxious feeling and can’t think straight for weeks at a time – though I suspect no one notices except me.

Jeremy’s report is at the printers.  It’s really, really done.  It’s going to publish next Tuesday.

Vince is in the middle of picking his high school class schedule.  This being crazy town – the guidance counselors are telling all the kids to get ready for college and freaking them all out.   I don’t want to think about college, because then he will leave me and go somewhere else and I’m not quite ready to let him go out into the world with my credit card at his side.   As for classes, he’s continuing with Chinese and he’s going to audition for chamber orchestra.  A few weeks ago, he asked if he could practice in his room instead of in the middle of the kitchen.  We said ‘sure’ not thinking too much of it.  But it turns out that after electronic curfew, when he’s faced with nothing to do, he’ll practice violin for a while. Like really practice, going over a single measure over and over again until he gets it right.  Interesting.  We are trying to lay low on this and not make it a big deal.

Edda, the poor girl, has major medical updates to report.  She has two appointments next week for her  curving back – two people for us to consider.  One at Children’s, one at Hopkins.  I’m also in the middle of arranging dental surgery for her mid-April.  She has a tooth growing in the middle of her palate that needs to be pulled and we are going to pull her wisdom teeth too and get some sealants in there.