Rearranged the house for the party the night before: 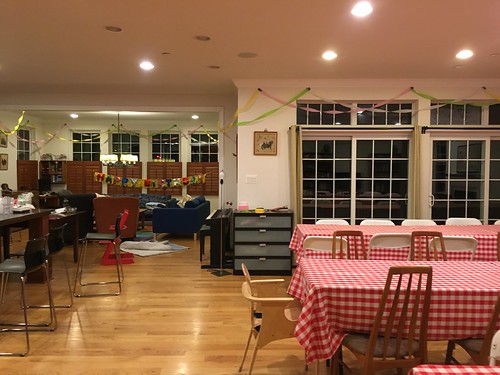 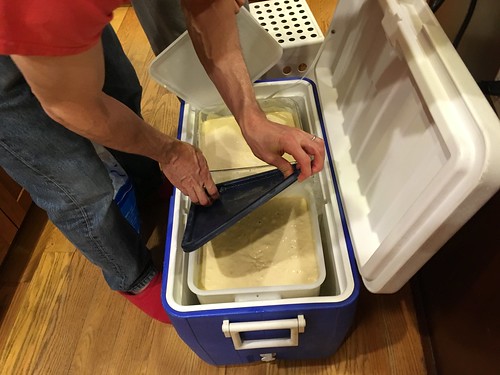 And bacon (30 pounds) was pre-cooked the night before: 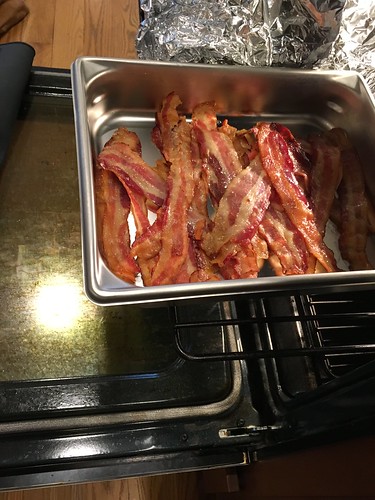 Then the party started.  A lot of people came right at 9 am.  We had so many toddler guests.  Jeremy works with a lot of people who have a lot of babies.  Ruby was perfect, although it’s been a long time since she’s entertained so many children.  By the end of the party, I could see Ruby hiding under a chair with her rear half still accessible to children who wanted to pet her, but she could nap in peace at the same time. 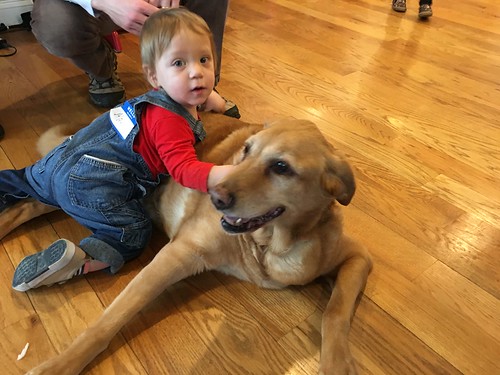 Lauren made a beautiful cake for Edda – I love the blue and the flowers.  And I loved eating three pieces, one right after the other, after the last guests left.

I like this photo because Edda is eating someone’s hoodie. 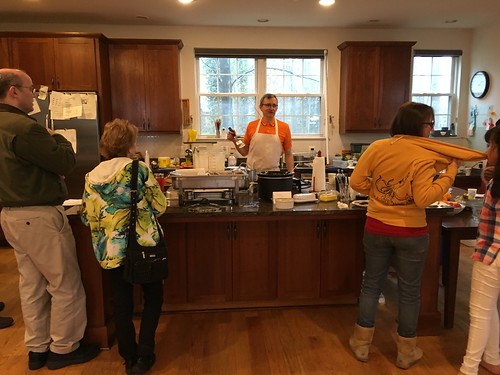 The pancake station.  The party was nice, a reminder that I have a whole community around me helping me out. 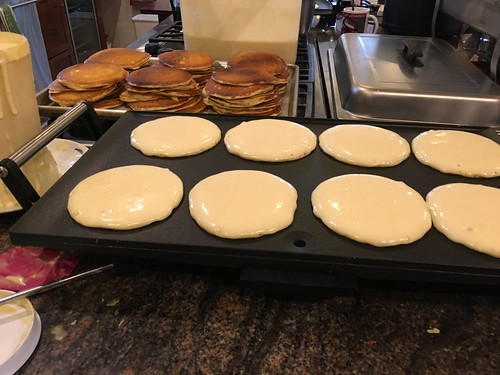 After the party, Edda had a few more days of school before spring break.  I sent this video in to Edda’s teacher to tell him how to put on brace.  I don’t often see video of me, so it’s interesting to see how I look to other people, rather than how I think I look to other people in my head. 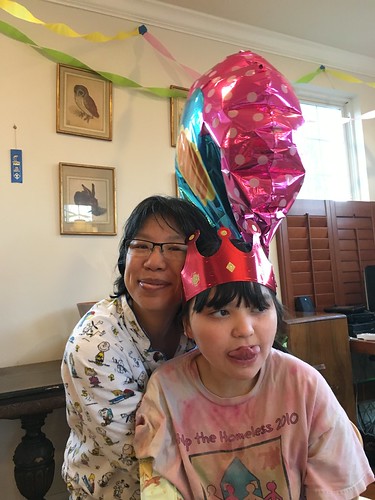 Pardon Vince, he’s a little sleepy as we made him get up at the ungodly hour of 8 am on the first day of spring break to sing happy birthday.  The rest of us had to get our day started – 8 am was already late!

Lana’s flowers that she brought over for the pancake breakfast were perfectly in bloom on Edda’s birthday. 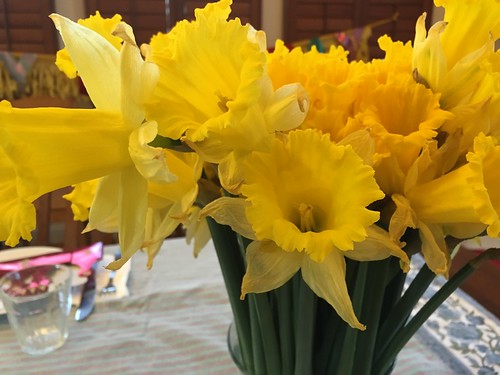 Jeremy made blueberry oatmeal muffins (healthy b/c of the inclusion of oatmeal), but not really that tasty as evidenced by a few of them still remaining under the glass dome a full day later. 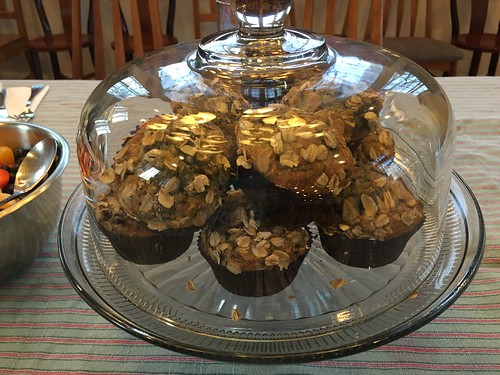 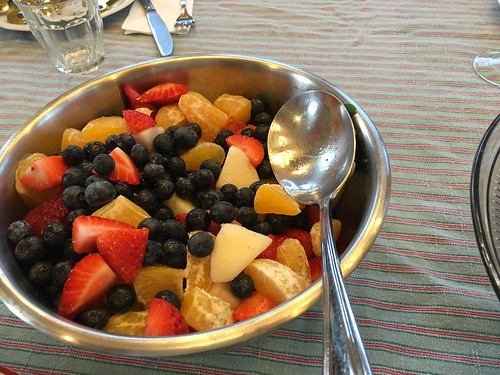 Nat came by to give a gift! 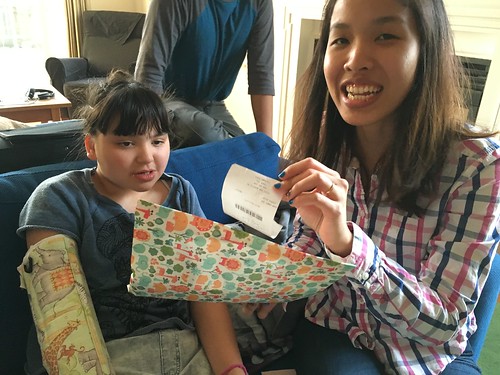 Today I took some time off and saw Deb at OT. 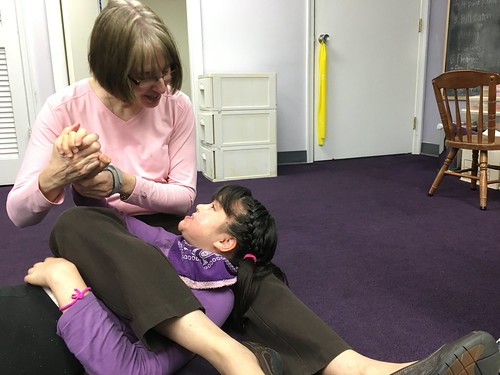 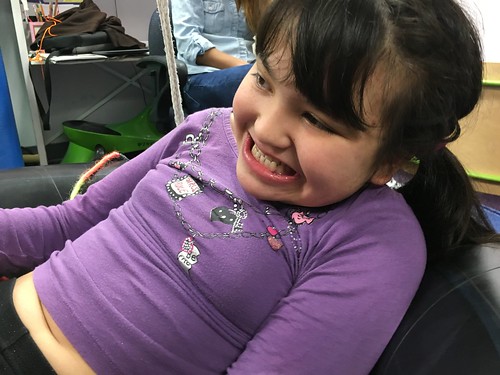 We went to Panera’s for lunch where we bumped into some friends. 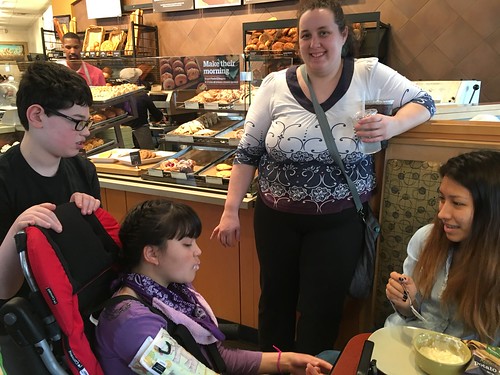 Finally to top off the week of birthday – we went to Kenwood in Bethesda to see the cherry blossoms – peaking today! 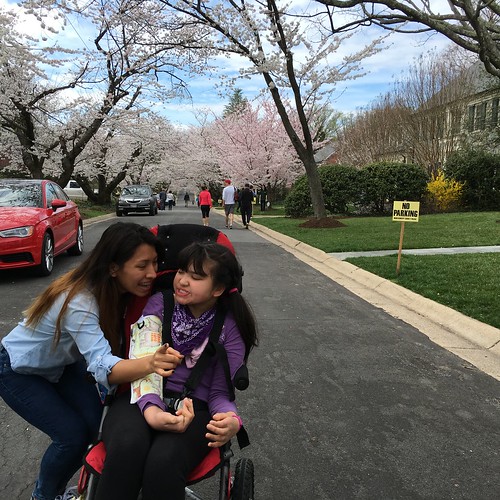 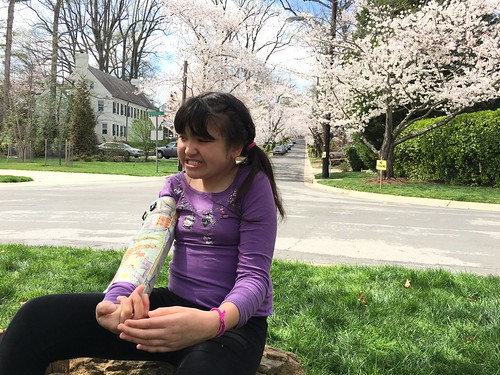 Finally, we did have cupcakes at Georgetown Cupcake, but no photos.  They were eaten too quickly.