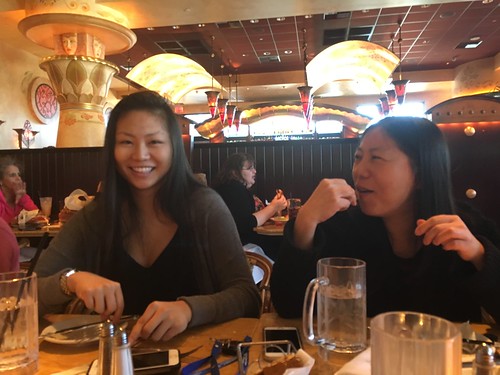 We first headed to Delaware where we met up with Yushan and Xiao-tsen (friends of ours from grad school) and their kids Emily and David.  Emily is in the middle of her freshman year at MIT (when did it happen that our friends’ kids are going to college?!?).  Emily indulged me by telling me all her courses this term by number – 18.03, 8.02, 10.10 and 7.013 or something like that.  Makes me all nostalgic. Did I just say I was going to quit talking about MIT?  Anyways, it pains me a little to hear that consulting is the sexy thing all the grads want to do – careers with words like “impactful”, but it’s OK, I guess.   It also pains me to hear a that Greek life has taken over the female population on campus.  When I was there, boys certainly joined fraternities, but girls mostly did not.  I did hang out with some frat guys the first 2 years of school, but then it got a little tiresome for me and I ditched the whole scene for a more dorkier subset – which is saying something because all of MIT = dorky.  Also – the whole place is an Apple ad.  I was hoping there would be a small group of people who would hold out to program and customize Android phones and build their own PCs, but that isn’t true either.  I think I need to go outside in my pajamas and yell – Get off my lawn! – right now. 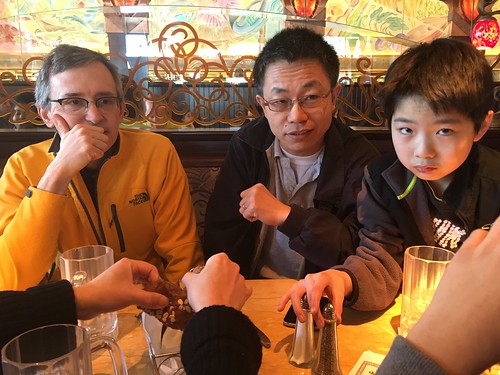 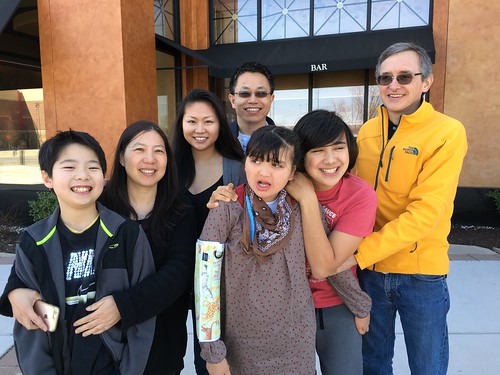 Then we drove to Philly where we found a very nice parking place – but needed quarters to pay for it.  No one has quarters anymore. 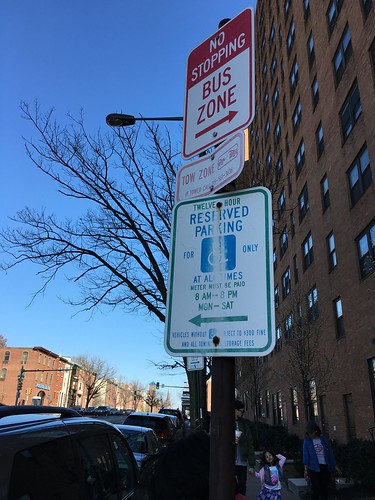 We walked down by the boat houses – it was a beautiful day! 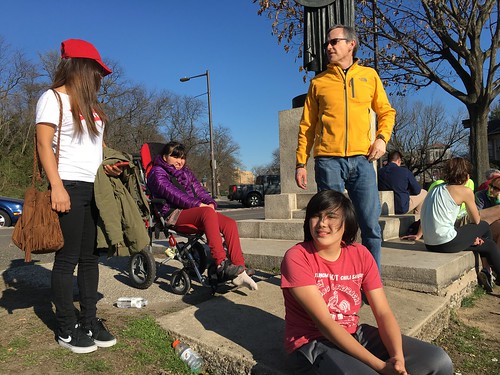 We got to our hotel and ordered cheesesteaks for delivery for dinner.  Jeremy marveled at a new app which showed him exactly where the cheesesteak was while in transit.  Like on a map with a little icon for the car moving down the streets to our hotel. 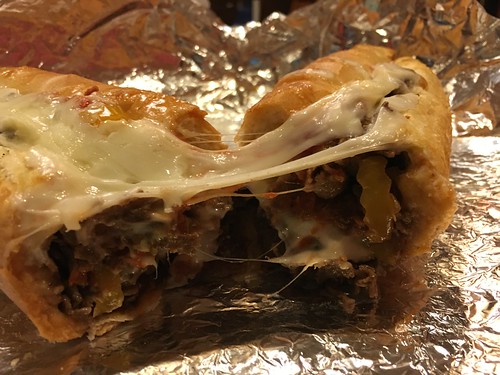 Vince wanted to tend to Edda at night.  Somehow this didn’t work out so well.  Edda tends to get up in the middle of the night and since all 5 of us are in one room, we all wake up.  Usually Jeremy’s good at rocking Edda back to sleep, but Vince wanted to do it instead.  But there is one problem – Vince is a heavy sleeper and won’t wake up until you are yelling at him and shaking him a lot.  Even Edda right next to him and hitting him with her braced arm won’t wake him up. 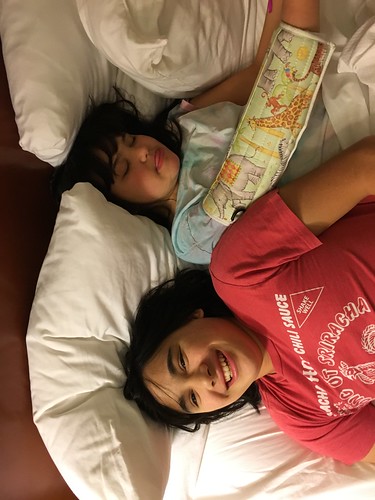 Keyla – not used to the US pagan Easter traditions allowed us to indulge out sweet teeth.  We also dyed eggs in our hotel room. 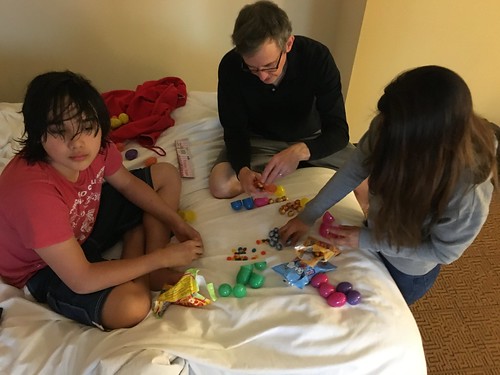 We hid all the eggs at Haverford.  And ran the hurdles.

Well Edda skipped the hurdles and opted to walk a 400 instead. 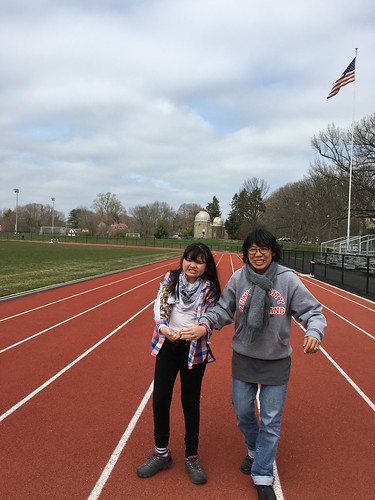 That evening, we visited Vidya (also a pal from grad school). 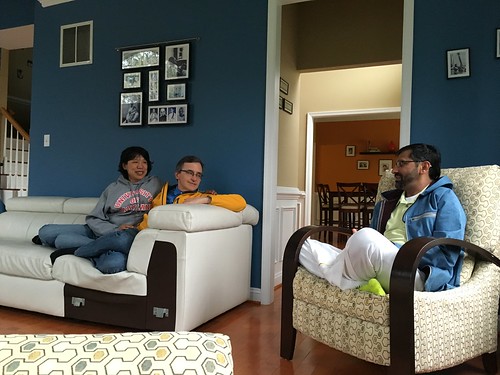