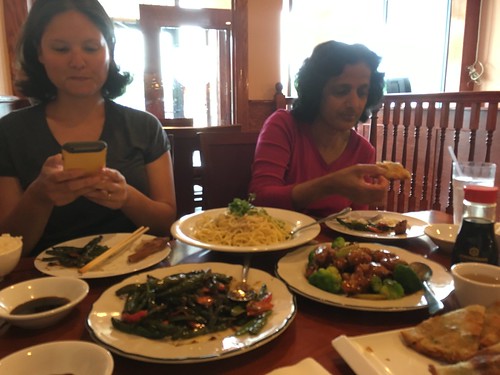 Went to lunch with Vickey and Karuna today – at the Dumpling Queen.  We did order dumplings.  Although since Karuna doesn’t eat pork (which is what dumpling are usually made of), we ordered chicken.  The food was excellent, especially the scallion pancakes which I ate 5 slices of.  I would have stopped at 4 because we were going to go for ice cream afterwards, but Vickey told me that we wouldn’t go for ice cream, so I ate the 5th and then – what happens?!!? – we go out for ice cream.  I got the kiddy size – and really, I should have eaten only 4 pancakes.  What the hell am I even saying?  I should have only eaten 2 pancakes and had the small sized ice cream.

Vince leveled up in scouts tonight -to First Class.  I did do the thing that I like to do which is to hand sew on the patches to a new shirt instead of using the iron on glue stuff.   It lends itself to my slight OCD qualities.  Vince both likes getting merit badges and resists obtaining them.  Does one love the things that you hate?  And also hate the things that you love?  Maybe. 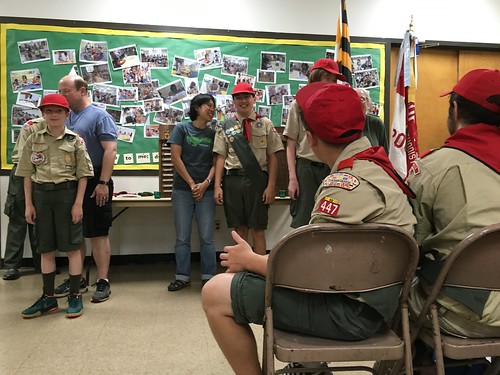 There is a bit of throwback in the scout troop – such things as a mother’s ribbon with pins and the insistence on chivalry.   Note the dad standing next to me did not put on the mother’s ribbon.   Why not?  It should be the all-inclusive-any-sort-of-guiding-adult-figure (AIASOGAF) ribbon, right?  Anyways, Vince pinned me and I got the mother’s ribbon and now Vince is qualified to be in leadership positions which means he gets to boss other kids around at the fair. 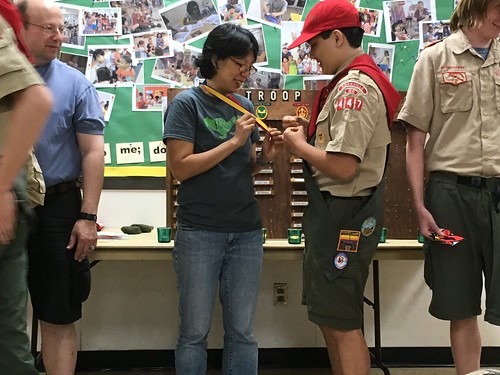