It’s been a quiet – and thus – productive week.  I’m trying to work out some insurance stuff for Edda, getting letters of medical necessity ready, trying to follow up with the non-responsive durable medical equipment folks, straightening out bills that still linger from Edda’s oral surgery back in April.  You can easily lose hours doing this kind of stuff and I know, Edda’s medical stuff is like a cute, fluffy bunny compared to what other people have to deal with.  I’m trying to not be on the brink of tears when I call the fourth or fifth person in a row to try and help me out and I finally find a nice person who sighs sympathetically to my plight, yet still can’t help me – I’m sorry, we don’t cover Rockville, you have to call our Baltimore office with the tone that suggests to me that he knows the Baltimore office is full of it.  But, he says, hold on, lemme talk to my manager and we’ll find you a nice person in Baltimore.  Also, as the seasons change, so does Edda-care – so there is extra arranging for that as the school year threatens to start.

Last night, we went to National Night Out on our block.  These nights out skew towards people with kids under the age of 8.  They close off the street and the kids careen up and down on scooters, bicycles, skateboards.  Dogs have arguments (and we knew dogs would have arguments, so we didn’t bring ours).  Though I feel completely a part of our neighborhood, we don’t know many of the people on the block.  When did all these kids move in?  Did we look so young when we had toddlers?  Even though I didn’t know many of them, I did start a number of conversations with – ah, you are the runner who also has the two dogs – a black one and a golden, right?  So I’m known, if only by sight. 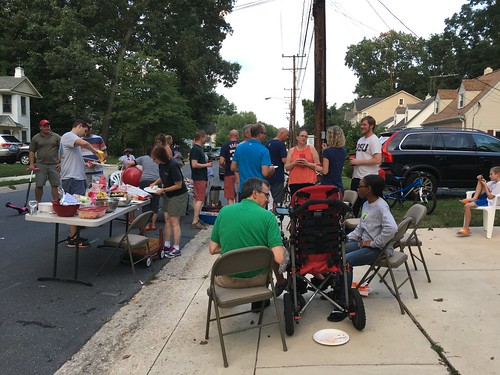 Vince is off with friends again this week.  I think he’s spending easily half of the summer nights sleeping in places not across the hall from me.  He went to Chincoteague, the island of the famous Misty.  It’s nice to have friends who have beach houses.  He has such luxurious, adventuresome summers.  I miss him. 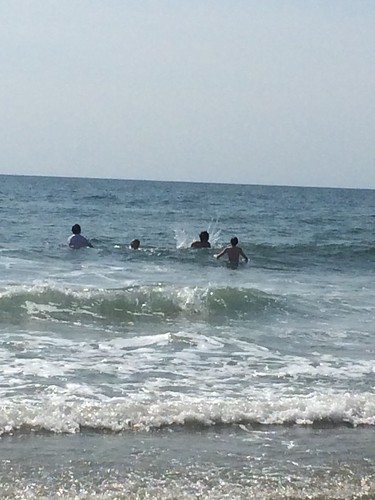 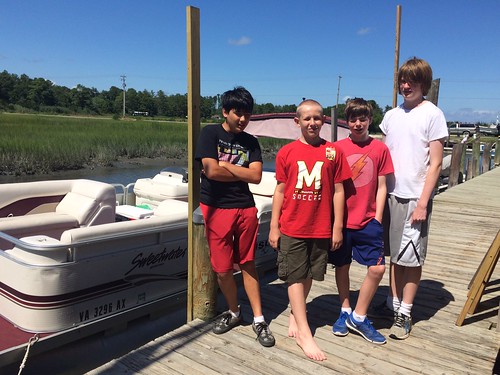 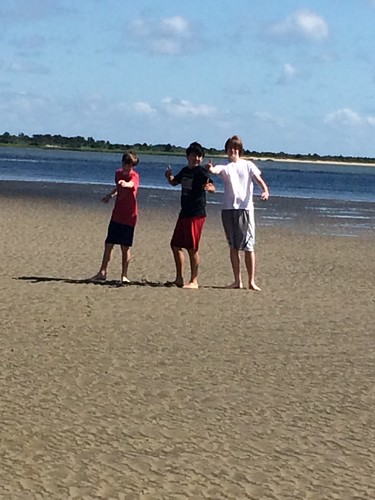