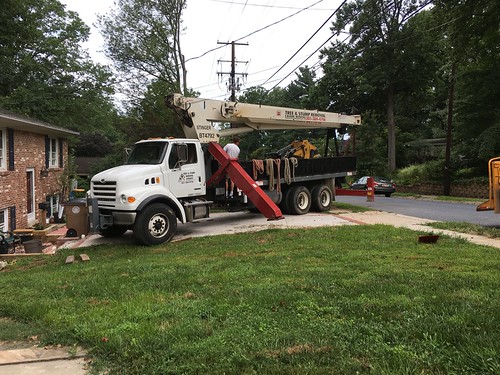 The big excitement around here the past few days is that our neighbors decided to cut down the four closest poplars to their house including one that overhung our house.  These poplars have relatively weak limbs, so they come crashing down every strong storm.  We had one branch pierce our roof a few years ago and our neighbors have branches come down regularly on their roof and deck.  At first I thought it would make a huge difference in how I saw the house, but now that they are done, I can hardly remember where they were in the first place.  It still looks very woodsy around our house. 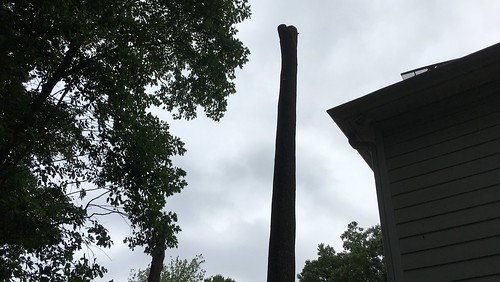 The other exciting thing (well, more worrisome than exciting) is that Ruby’s abscessed tooth is bothering her again and she has increased weakness in her hind legs.  I tried a new vet today and I think I like him.  He’s just down the block next to the ice cream shop, which is a bonus.   He thought he could pull the tooth and that Ruby would get through the surgery just fine, but I refused it and got the antibiotic and it’s already working, the swelling is going down. She has a raspy breath (which she’s had for 2-4 years) which is some weird constriction of flaps in her trachea and he said that that could be fixed by some sort of flap-stick-open surgery and I refused that.  As for the hind legs, Ruby has arthritis and so the muscles are atrophying and her range of motion is significantly reduced.  He said he’d like to check her thyroid levels, her liver and kidney enzymes and maybe depending on those levels, he’d give her Synthroid and NSAIDs for inflammation.  I refused those too.  Then he said he was trained with acupuncture and would be happy to do that.  I laughed at him.  And then I felt bad.  Then I told him that I had had acupuncture myself and that it was helpful to me and I hope I didn’t make him feel bad.  I told him this is what I wanted:  I want Ruby to be happy the rest of her days, for her to be relatively pain free, for her to sleep more and more, for her to transition from kibble, to hot dogs, to rotisserie chicken and finally to sirloin steak.  And when she refuses the sirloin steak, I will know it is time.  It hard to refuse all this stuff because I want her to know I’m doing the best for her.   Maybe I’m not, but it’s how I’d want to go.  I did also get a bunch of pain meds for her, but I’m confused.  She does not seem to be in pain as she’s still eating kibble with a rotten tooth (faster than Maxi)/going up and down stairs/pooping well.  Do I give her the meds?  Dunno.  I’m hoping I’ll know when to give them to her. 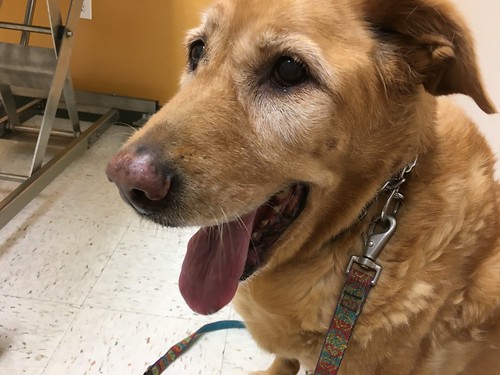 OK, Ruben might be a little confused about America, because after the ball game last night, they stayed at a hotel in Flushing and had breakfast at a dim sum place. 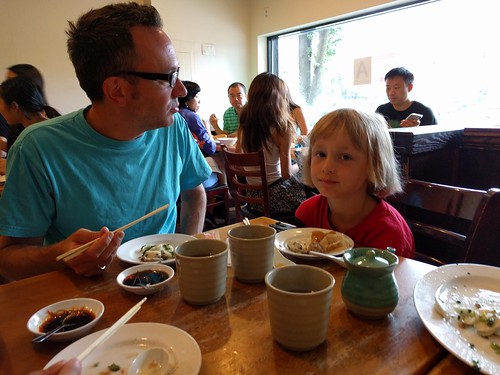 Then they drove to this crazy water park place in the Poconos – The Great Wolf Lodge.  I think they are having a good time.  😉 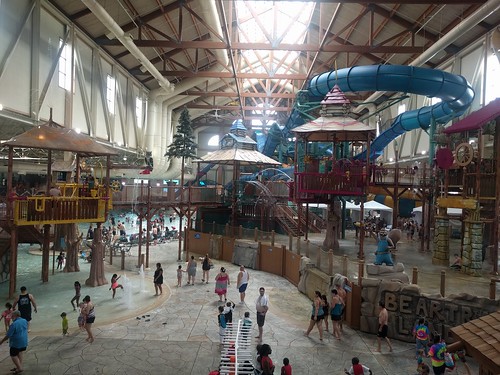 One thought on “today.”