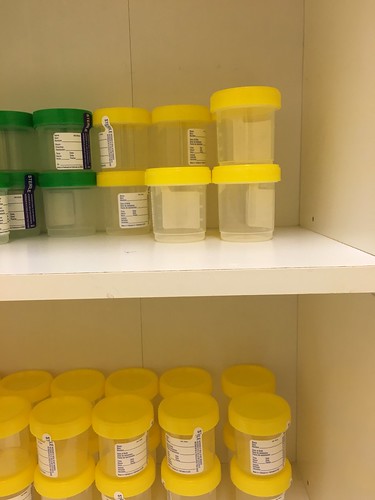 I’ve been battling a low-level UTI for 5 days now.  I could almost kind of ignore it, so I did.  I ignored it and did all the things that I needed to do and sometimes I could even forget about it.  I did a full day of clinical and met all sorts of people in section 8 housing, I did all my work, went to class, I managed the start of school for the kids, trained a new helper for Edda, I did all the workouts I wanted to do and I drank a lot of water.  It didn’t go away, but I kept telling myself, it’s so mild -you can barely feel it.  But I did feel it.  And I went to the doctor today who scolded me for not coming in earlier and getting the script for cipro.  I told her that I didn’t like seeing her.  Not that I didn’t like her personally (because I do really like my PCP), but I just hated going to see her and I hoped that she understood.  Also, I have this thing about antibiotics, I don’t like that they are overprescribed because I want them to work when I really need them to work – like for kids with pneumonia who can’t clear their airway effectively or for people who have (for whatever reason) have suppressed immune systems – so I try to do my part and slog through trying to coax my own immune system to do its thing and work it out. To which the doc said – you tried!  For 5 days!  It wasn’t until I was waiting in line to get the antibiotics that I admitted to myself how crappy I felt.  Then I went home and took the med and told myself that I’ll just lay down for a minute and then before I knew it, it was 1pm.  I took the rest of the day off sick.  I feel better now after a six hour nap and some antibiotics.  It’s not just the recovery from the UTI, sometimes I just need a break from taking care of stuff.  Sometimes I want someone to take care of me.  MEEEE!!!  ha ha ha.  sigh.

While I was waiting for the script to fill, I went to Levande, our local new French bakery run by Koreans.  I had an almond croissant.  It was quite good even though Vince said this picture made them look like poop. 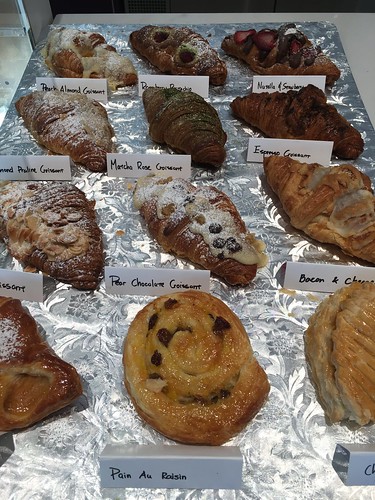