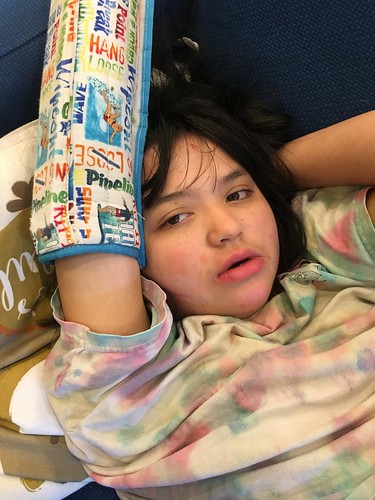 Edda spent Saturday with Kitachi while I put some more hours in at work and Jeremy went on a bike ride.  Kitachi brought her home at about 2:30pm after lunch at Denny’s where Edda had, unfortunately, pooped in her pants.  Edda hasn’t really had a bowel movement “while traveling” in a million years, she’s 95% BM potty trained.  It was a big mess (took both me and Kitachi working with Edda to clean her all up) and I attributed it to the full glass of milk that Edda enjoyed at the breakfast that day.  Edda usually doesn’t get a full glass of dairy, maybe that’s why her stomach was upset.

But then Saturday night, Edda had a tough time falling asleep – she was still awake at midnight.  I thought it might be because she’s about to get her period (? – of course, I’m terrible at tracking my own cycle (because I don’t have one thanks to Mirena), let alone Edda’s cycle) so I thought she wasn’t happy because of cramps, we gave her a Motrin at midnight and she seemed to sleep through the night.

But now I think it’s just that she’s sick.  She didn’t want to eat lunch today and then we lay her on the couch where she watched TV without moving for most of the afternoon.  She seemed a little warm to the touch even though her ear temps hovered around normal.  Anyways, I think she might stay home from school tomorrow, which means Jeremy’s home because I have to go to clinical.

We went to Sunday night dinner (Jeremy not only biked on Sat with the bike group, but he’s also gotten into the habit of biking to Sunday night dinner) where Jane introduced me to her tame squirrel, Albert.  She feeds him raw almonds.  He’s a very smart squirrel she says because she was worried that Albert would become dependent on her almonds and then maybe she wouldn’t be able to feed him anymore and he would die, but he’s burying about half of the almonds in the ground.  Saving for a rainy day when Jane goes off to college. 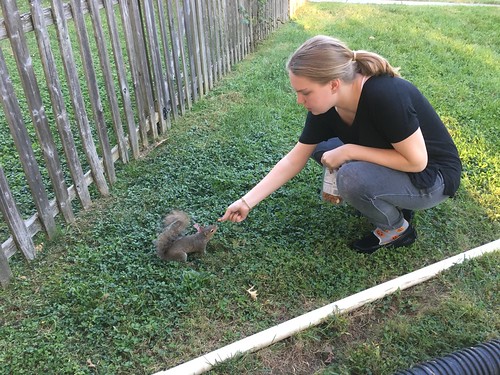 Cookie tryouts continue into Sunday night dinner.  The (by far) clear winner is the white chocolate chunks in the chocolate cookie.  Even though it’s the clear winner,  Jeremy doesn’t want to make them because he thinks it’s the too obvious choice. 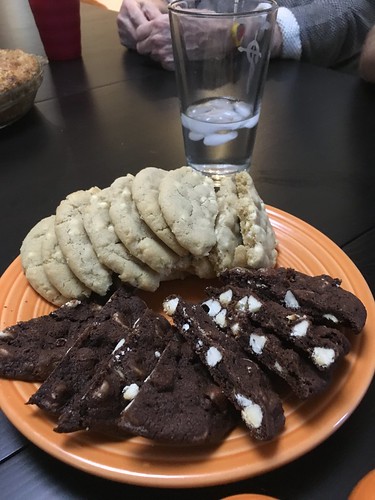 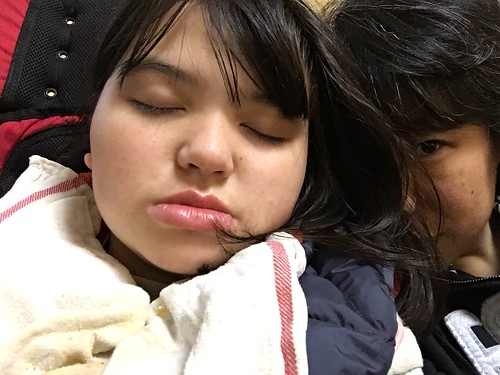