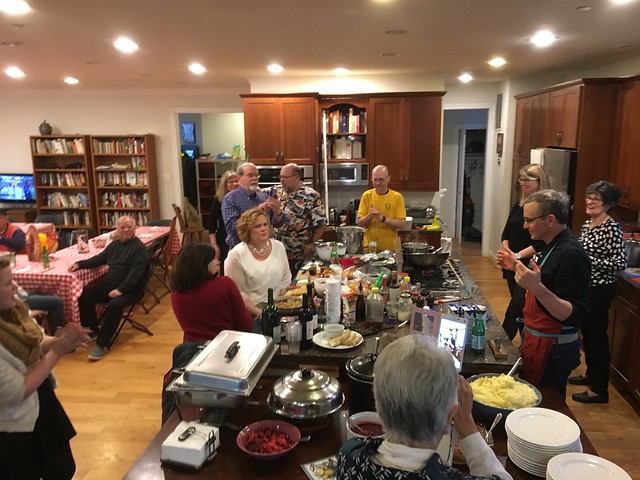 Jeremy pulled off another wonderful Thanksgiving.  People do come up to me as they are leaving to thank me for hosting, but it really is all Jeremy.  I’m just along for the ride.  Jeremy was a little worried that the turkey was overcooked (final temp 190 vs the recommended 145-165), but I thought it was delicious.  He kept asking me, do you think I should make more gravy? and I kept telling him, yes, please make more gravy, I don’t think it’s enough.

We rearranged the tables into L-shaped islands.  Someone thought we should have round tables this year, but round tables don’t fit into the minivan very well, we’d have to pay the extra $50 for delivery.  This turned out pretty nice. 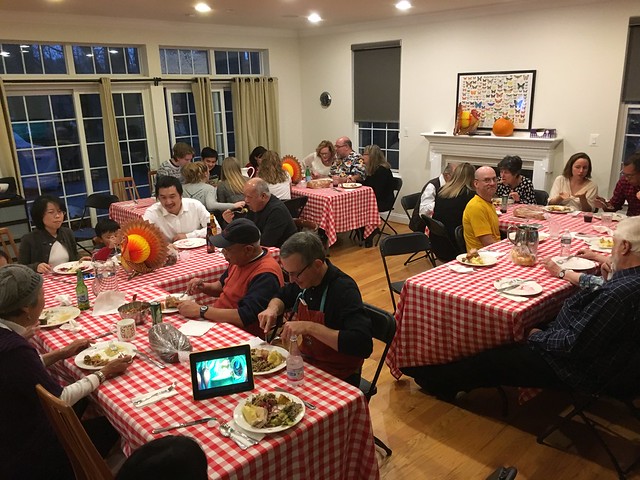 Edda and I shared this plate. 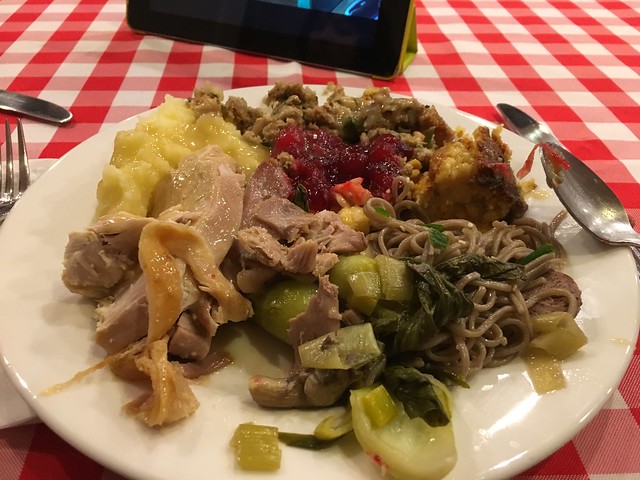 Earlier in the morning, I texted Eric to ask if he could bring some equipment for a group photo.  I suggested a wide lens and a flash.  He took my request seriously and brought camera bags full of equipment.  And then he told me that he thought we’d needed to move the tables out of the way and pose everyone and the whole thing would take 30 minute.  I’m like – 30 min?!?.  He said, yes, in my professional experience, it’ll take 30 minutes.

The kids wanted to see a movie and they needed to leave by 7:15, but I was nervous if I moved the tables, then the party would break up soon thereafter and I didn’t want thanksgiving to end early.  But we shoved the tables to the side and Eric set up his equipment. 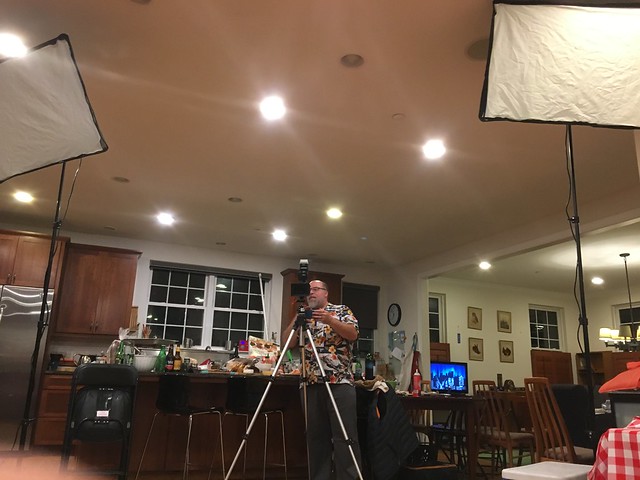 This is us without flash waiting for Eric to test out his lights.  He had some crazy control from his phone?  Maybe he could even see the photo from his phone? 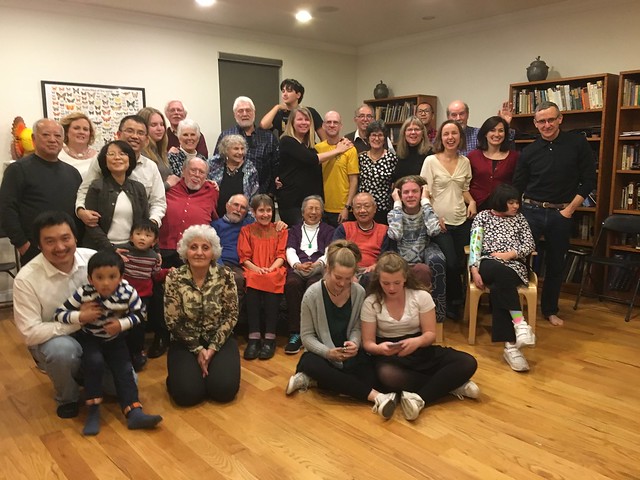 I needn’t have worried about breaking up the party.  Jane tried to do a mannequin challenge video.  There were outtakes from cousins and various relatives in different groups. 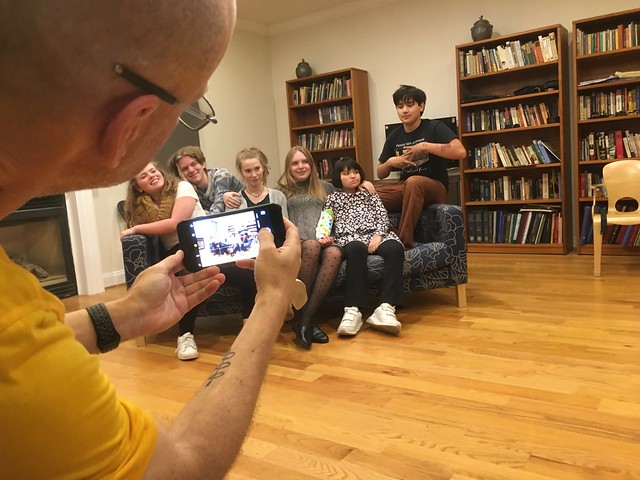 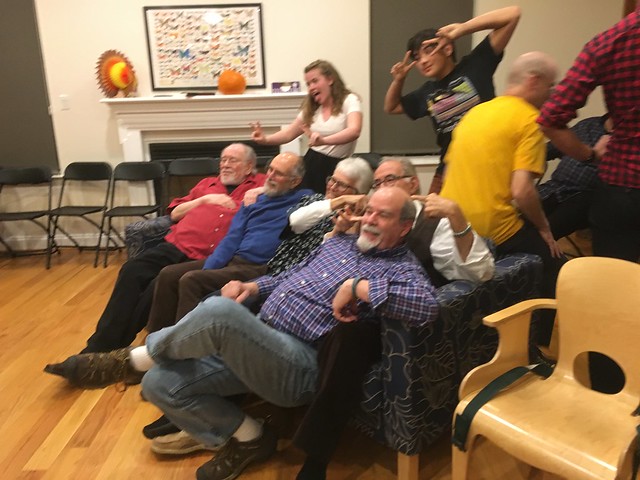 And finally – there were a lot of dishes.  Thank goodness for the dishwasher! 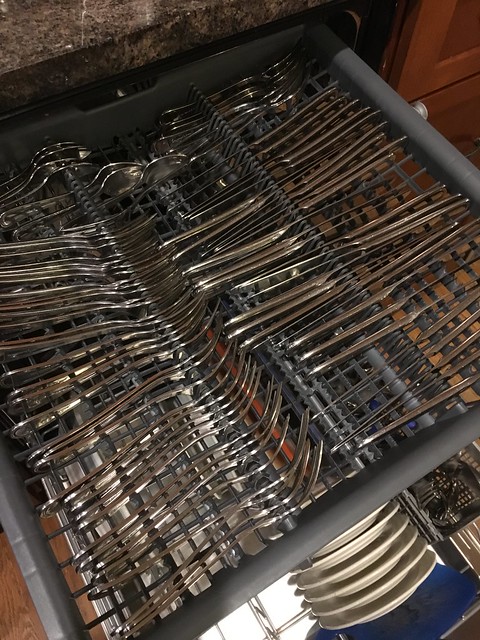 One thought on “Tables, camera, dishes”