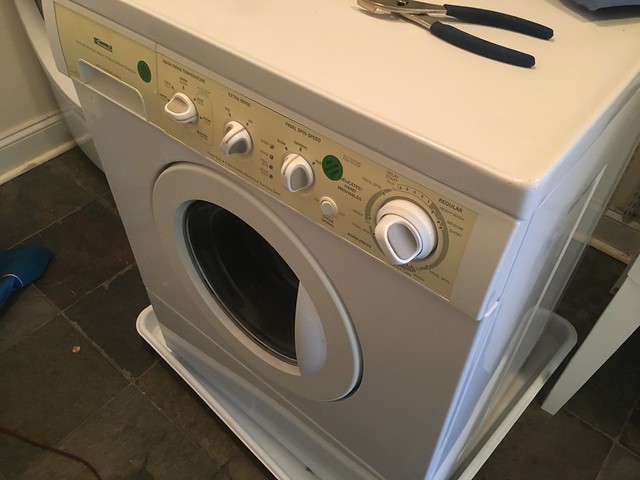 Loves, I’m behaving like a toddler.  I’m complaining about stuff, but I’m not exactly sure what I want instead.  I want it ALL!  Everything my way!  What way is that?  I’m not quite sure, just not this present way.  I could give you an example, but it’s too embarrassing really.  Movers came today and moved our spare washing machine from the basement (everyone has a spare, right?) to the 2nd floor and moved both the broken washing machine and the enormous desk from the 2nd floor landing to the first floor.  I know you guys are transfixed by my washing machine saga, but really, it’s the only thing that is going on here (besides the fact that every 5 minutes something is revealed about the state of the changing US govt that makes me want to crawl under the covers and take a 4 year-long nap).  Our spare washing machine predates the birth of our children and was one of the first large purchases we made as a married couple in Austin, TX.  Still works great!  I’ve run 2 loads through it already.

The lights on the front foyer lighting fixture burned out and I replaced them with LED special small bulbs.  They are not the right “home” light spectrum.  Our front foyer now has the feeling of a hospital surgical suite.  Very bright, very white, very sterile.  No one noticed for weeks that the lights had burned out, but now that they are replaced, everyone is like – woah!  what happened!!?! 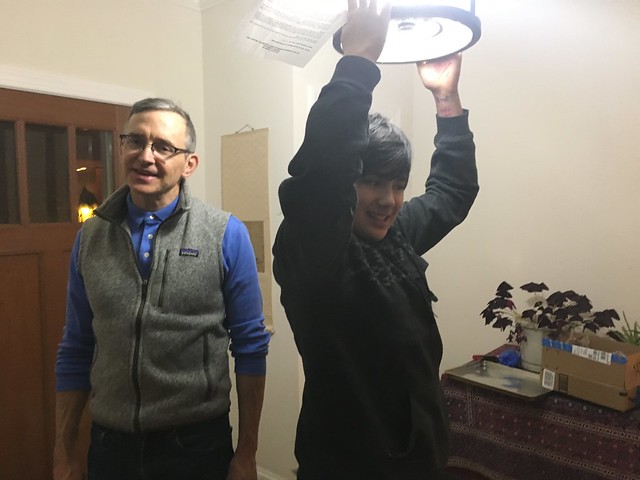 Maybe I’m in a blue mood because Vince and Jeremy are headed out on a camping trip with the scouts all weekend.  This is a special leadership campout and now that Vince is in “leadership” he gets to go.  They are headed to Gunpowder Falls, north of Baltimore to heated cabins – so not too crazy of a winter outdoor getaway.  I gave Vince some snacks.  He brought Cards Against Humanity. 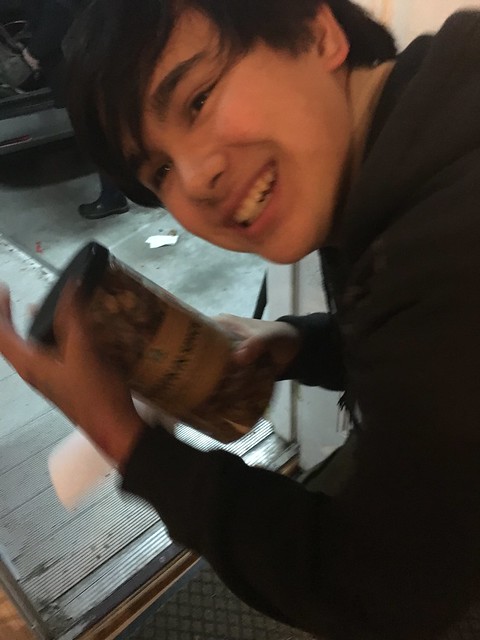 Note: enormous desk and broken washing machine in the garage. 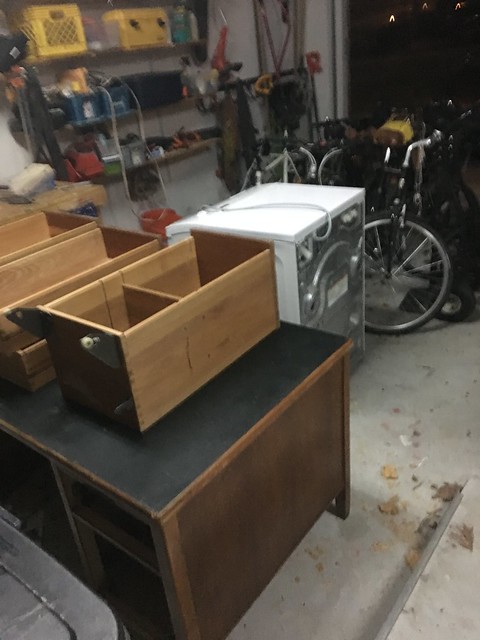 One of our shameful secrets is that we do almost no volunteering for scouts even though we both know that it is a huge time commitment from a handful of scout leaders and Vince loves scouts.  So Jeremy volunteered to drive this time as they are always begging for parents to drive to the campouts.  One of the reasons that we don’t volunteer a lot is that it’s boring for us grownups.  The bulk of the campout is “boy led” so that grown ups stand far away from the boys and will let the boys sometimes go all “Lord of the Flies” as boys sometimes are wont to do.  I haven’t heard too many stories recently – which is a good thing.  But it means that there is a lot of standing around and killing time waiting for the campout to end so everyone can re-pile into the van and drive home.  We contemplated doing two round trips, one tonight and one Sunday morning, but we ixnayed it.  Anyways, he packed his bike and is hoping to meet up with a Baltimore friend while the boys are eating mayonnaise and ketchup sandwiches tomorrow or whatever else the scouts decided to bring for food. 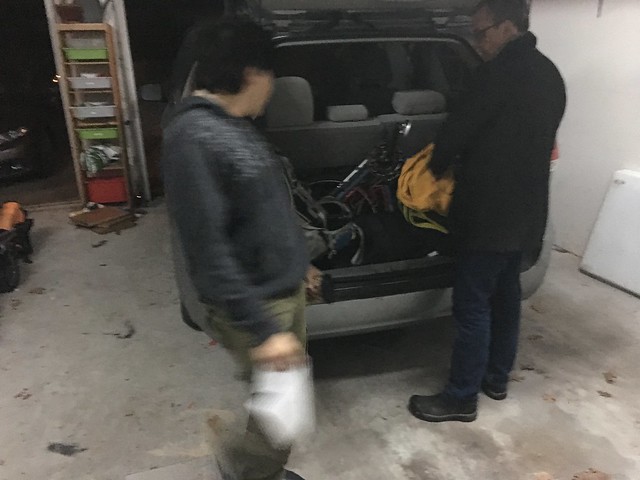 My parents are gone for a couple weeks on travel, so it’s only me and Edda for the weekend.  And Maxi (bottom right of photo – trying to steal my omelette dinner). 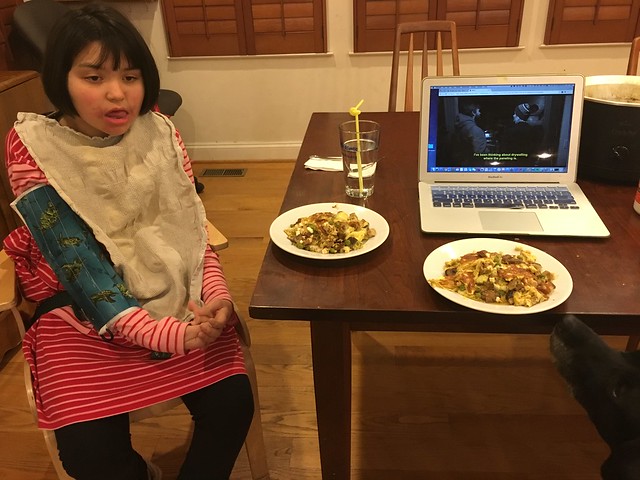 Edda and I are going to go to bed so early! so early! tonight.  After I rub a ton of lotion on her face. 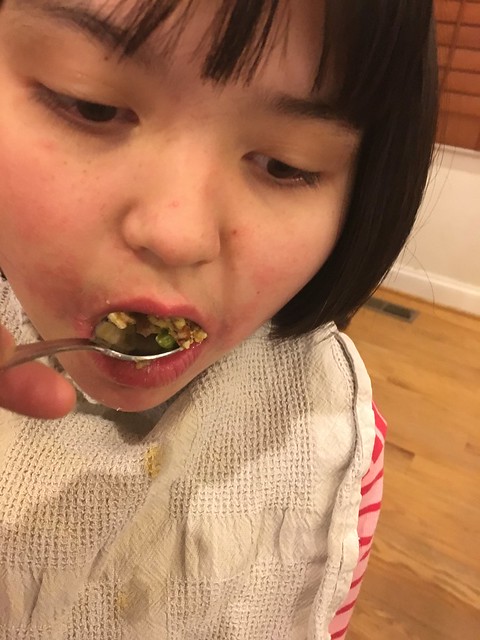 I’m indulging myself – watching a movie during dinner.  Making myself some tater tots for dessert.  Yummy! 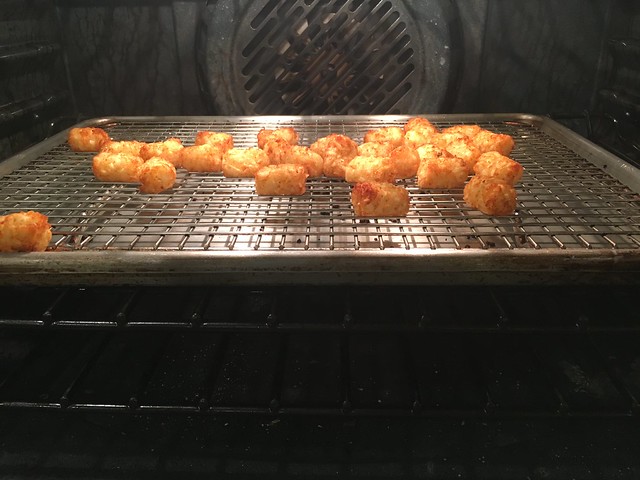