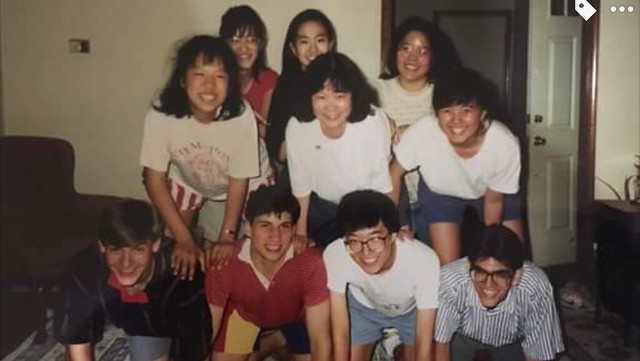 Someone posted this photo on Facebook today.  This was almost exactly 30 years ago!  Being a teenager was tough for me, but I seemed to have been having some fun.  I’m wearing my favorite Chem-a-thon shirt (our team was 2nd in the state!) and what’s the deal with the red-stripy shorts?  I don’t remember them.  I’m also trying to figure out what watch I’m wearing.  I’ve worn a timex ironman watch most of my life, but I think in high school, I had a classic Mickey Mouse watch with a red strap and the watch I’m wearing in this photo seems to be neither.

I took Edda to an orthotics appointment for her foot/ankle orthotics.  The ones we have seem fine, we could get a new pair (based on the insurance schedule), but I need to see a physical medicine doc to get a fitting for a new wheelchair and the orthosist thought that as long as I was going to see a physical med guy, that we should get his opinion on what type of foot orthotic to get.  So I left with nothing except to instructions to go see someone else.  Sometimes appointments like that make me feel like I’ve accomplished nothing.  Leah, the orthosist, kind of agreed with Ogeten (Edda’s back surgeon) and thought that the ankle will be stable as long as we brace it well.  But she mentioned we could go see Sponseller at Hopkins for another opinion.  Well, Sponseller will probably want us to operate, which I don’t want to do right now since we just did our major operation this year.  One major surgery enough for us this year.  And if we did get her foot operated on, she’d need to be off her feet for months.  That would be a terrible & hard recovery. 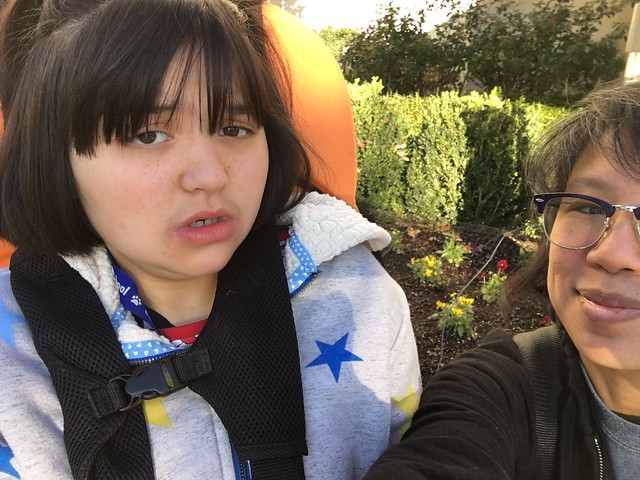 Vince is messing up Chinese.  It’s hard, requires lots of memorization and a lot of the class is failing.   Even though Vince & my dad are practicing every day for 45 min or so, it’s still hard for Vince because he’s not really drilling the vocab or the grammar patterns.  (Vince still thinks going over something a couple of times is “knowing” it, but it’s not really true.  He thinks it’s true though.)  My dad is headed out of town tomorrow, so it’s going to be me drilling Vince on Chinese.  Remember, I’m illiterate, so it’s not very efficient for me to teach Vince Chinese.  I know Vince should make all his flash cards, but it’s taken me two hours to make this week’s flash cards, so it would probably take Vince 5 hours to make them, so it’s just not going to happen if I make him do it.  I got my dad to translate a bunch of phrases, my dad only knows complicated characters.  I have to take the complicated characters and then look them up to get the phonetic spelling and the possible simplified character version and then make the flash cards.  My dad makes this a more, ahem, challenging by making simple “spelling” errors in his Chinese characters which sends me off in odd directions in my Chinese dictionary translations. 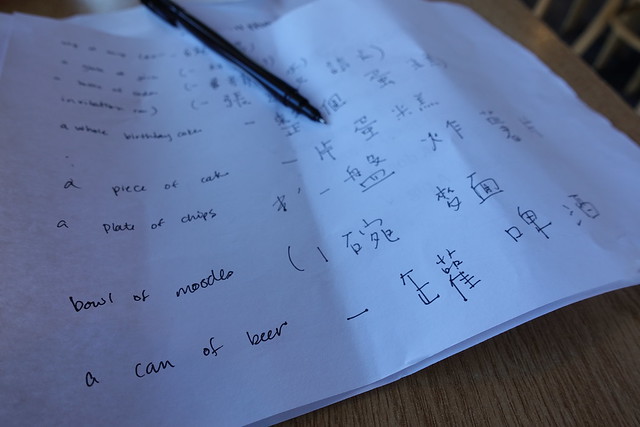