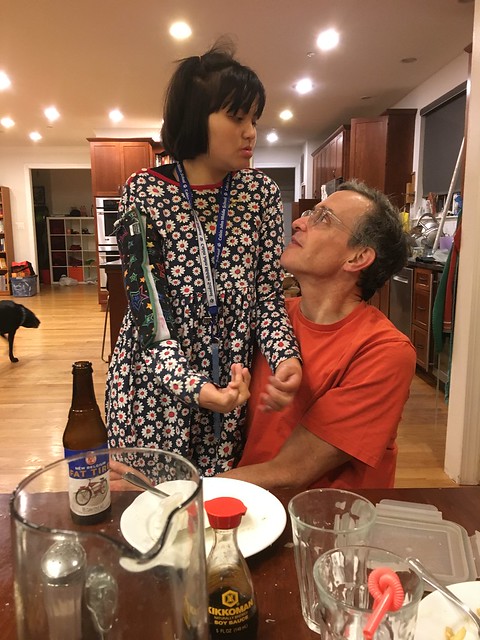 A quiet Friday night, it was just us – it’s not often we have dinner only the four of us.  Jeremy was a little late coming home, he needed to pick up replacement glasses from Warby Parker (they disappoint him still, but they fit better now.  I think we will no longer go to WP).  I made a quick dinner which turned out nicely, that always surprises me because I’m the worst cook in the house.   Vince made some pumpkin cookies after dinner. 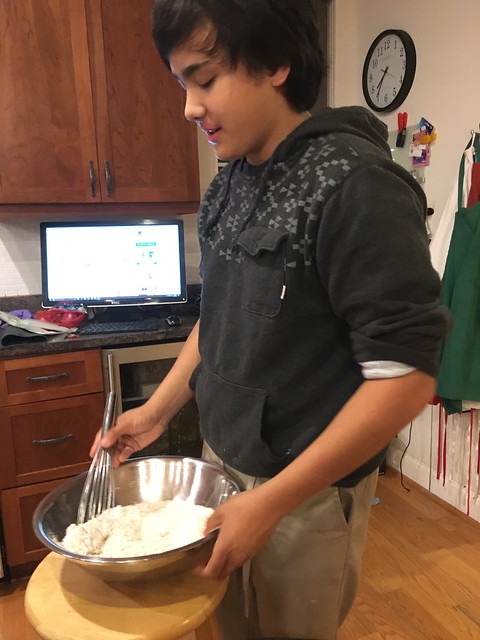 Today we went hiking in Frederick.  There might have been some teenage grumpiness during this trip.  I will curate that part out of my retelling.  The woods were beautiful. 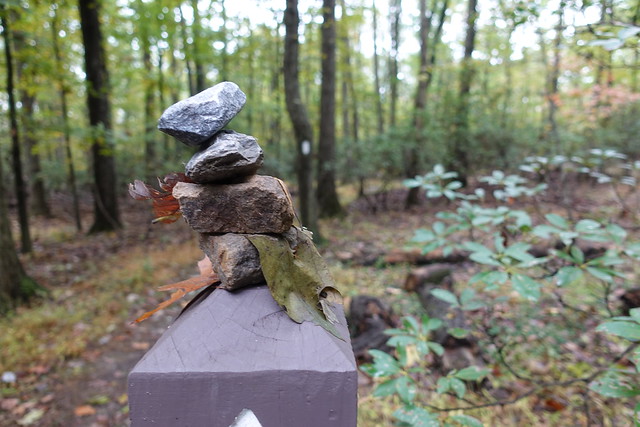 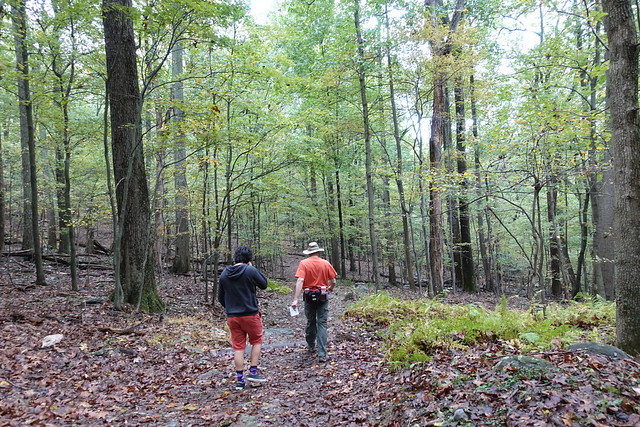 We ended up at a hipster bike/coffee shop.  Vince spent a lot of time on his phone. 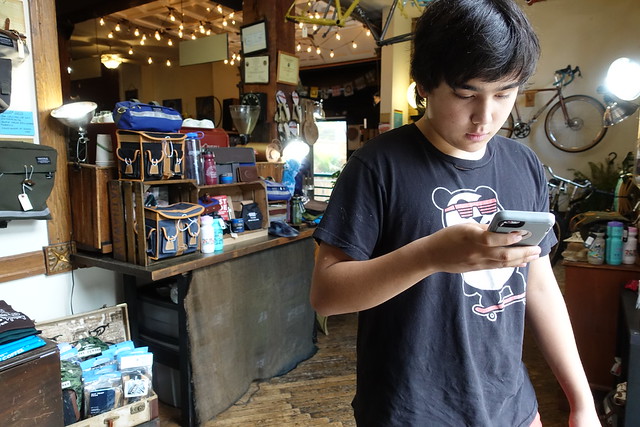 Then we dropped the still-slightly grumpy teenager off at home and then we went to Home Depot to grab a sander and caulk.  We need to do some work on the basement before the new tenants moved in.  While I was in Philadelphia, Jeremy fixed a mysterious electrical problem which spanned the basement apartment and the hallway in the entrance of the house.  It is mysterious because Jeremy took out the broken switch, replaced it with a seemingly new switch which made everything more broken (garage doors would not open) and it freaked him out (we can not survive very well without access to the garage (Edda’s ramp is in there, it’s the way she egresses)) and then re-replaced it with the original broken switch hoping to make it less (but still) broken, but everything fixed itself when he did that.  Hooray for Jeremy!  I don’t do well with electricity.  I can handle water and carpentry, but once I can’t see it, I don’t understand it. 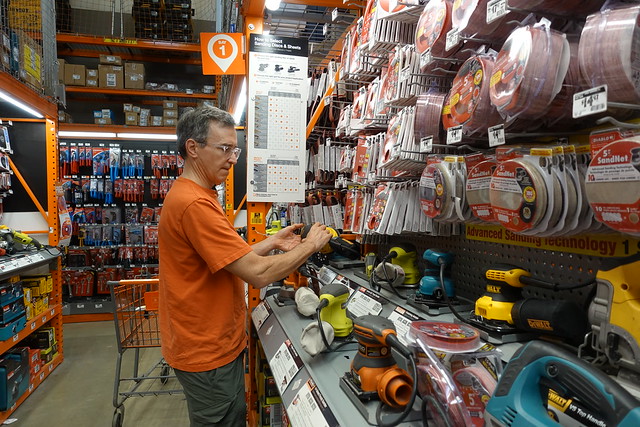 I spent this evening working on Jeremy’s grandmother’s sewing machine.  At my quilting class, half the class has really expensive computerized sewing machines, the other half have old Singer Featherweights.  I remembered that we had Jeremy’s grandmother’s sewing machine in the basement.  It did not run when I first plugged it in, but I’ve spent a bunch of time on youtube trying to learn to fix it.  It’s working mostly properly now, but I still have a few screws to put back in.  They are tricky, I tried about a dozen times, but I think I need to take a break before trying again tomorrow. 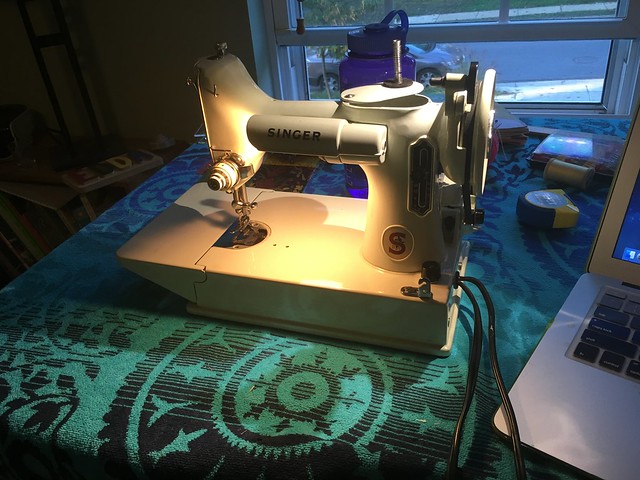