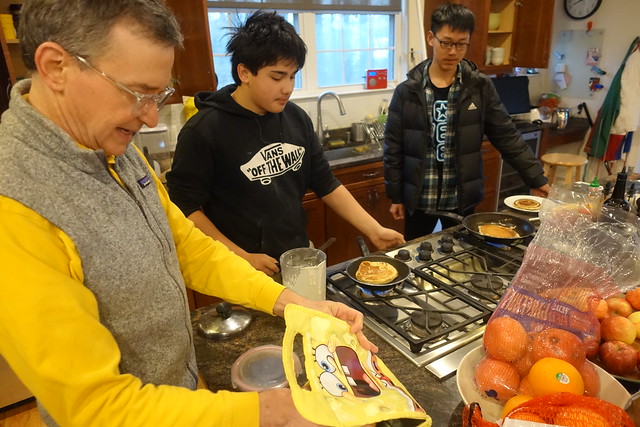 We had a two hour delay today for…nothing?  There appeared to be absolutely no snow on the ground.  MSPS was totally confused and sent three email messages that went like this: 1) it’s a 2 hour delay!, 2) yeah, that’s true, it’s a 2 hour delay, but we’ll check again at 7 am and finally 3) um no, yeah, it’s still a 2 hour delay.  The kids slept in, Vince made pancakes for breakfast and we shuttled them off to school.

Then in the afternoon, I drove the kids to Montgomery Mall.  I don’t think I’ve ever gone shopping with Vince in this particular teenage way of wandering around from store to store and trying on shoes and clothes and admiring Gatorade branded shoes.  It is both fascinating and boring.  Yifan had permission from his mom to buy two pairs of Air Jordan shoes and two pairs he did procure.  Yikes!  Super expensive.  But I guess cheaper than if he tried to buy them in China. 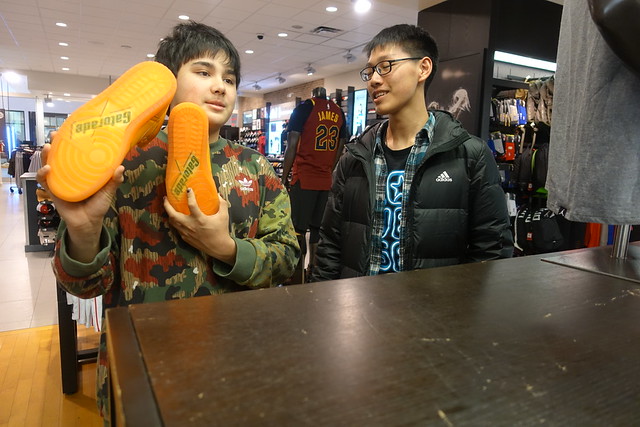 I think this is an Adidas jacket (I guess that is the cool brand these days, though I don’t ever consider it), doesn’t it look like one of those old Member’s Only jackets? 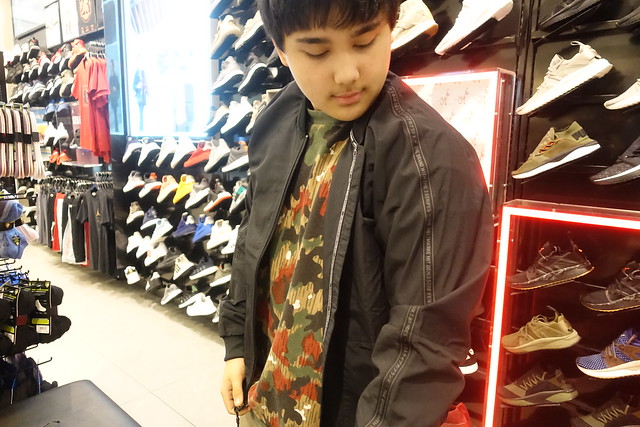 Another Adidas jacket, this time with orange on the inside. 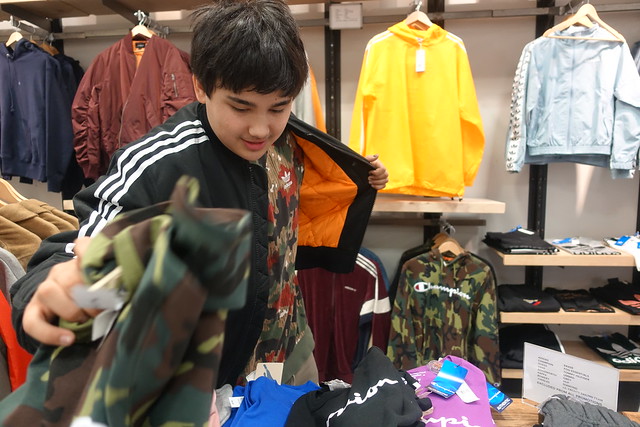 And no trip to the MM would be complete without sitting in the Tesla. 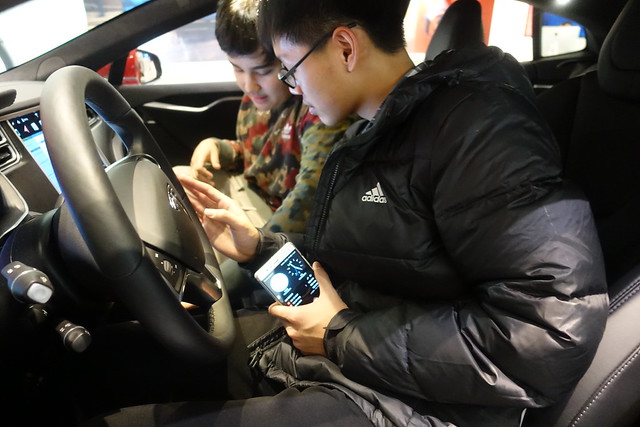