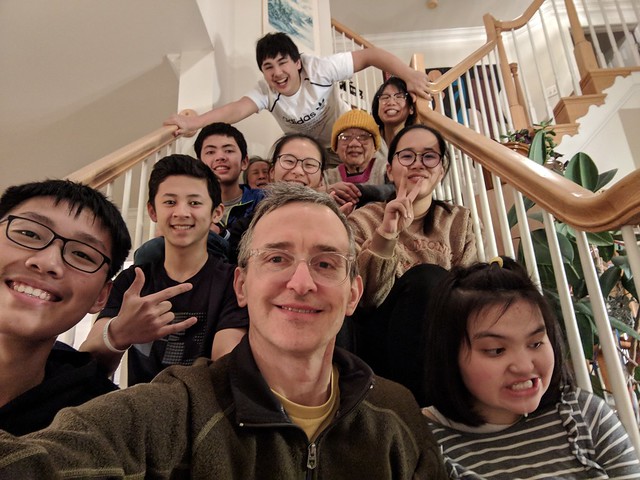 Saturday night, my parents hosted a feast for our Chinese visitors.  We got a selfie.  Whoops, Edda is a little drool-y.  No matter.

Sunday, early am – Jeremy made his way to Seattle and then Olympia.  This trip was a little unpredicable because the legislative session dates were a moving target.  They are not a set date, even just a few weeks ago.  When he was buying the airplane tickets, he used this Google flight cost predictor thing-y that told him the $350 round trip ticket was probably going to go up to $800 in the next twelve hours and he quickly pounced on the tickets and got them for under $400.  Then he watched the alerts from the flight cost predictor ping him as the price went up to $1250.  He told me that this three (four?) day business trip was to make a 2 minute speech.  Two minutes?  Really?  You gotta calculate the per second cost then. 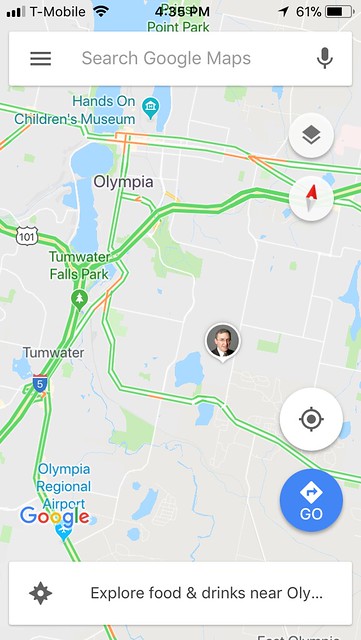 He met up (and is staying with) Dennis & Leslie.  They are in the midst of a ton of lobbying to be done during the legislative session as well. 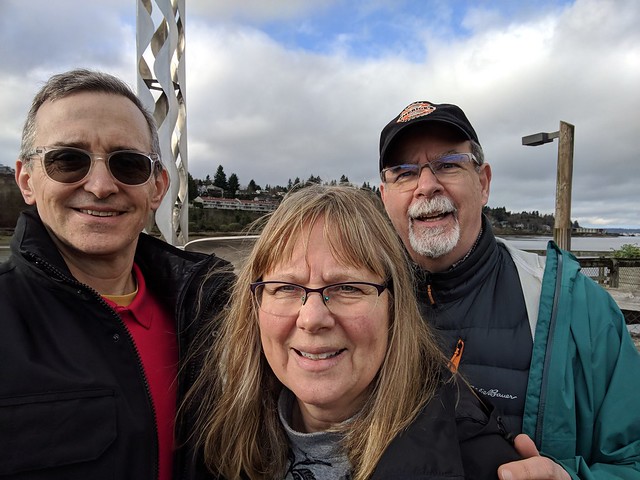 Meanwhile, while he was flying across the country, we spent the morning listening to many, many speeches about the differences between Chinese & American education & family life.  The ice water is a big thing.  OMG, the poor Americans who go to China hoping to get an ice cold Coke.  Pretty much impossible.   Mom got to pose with the whole cohort.  She was super pleased. 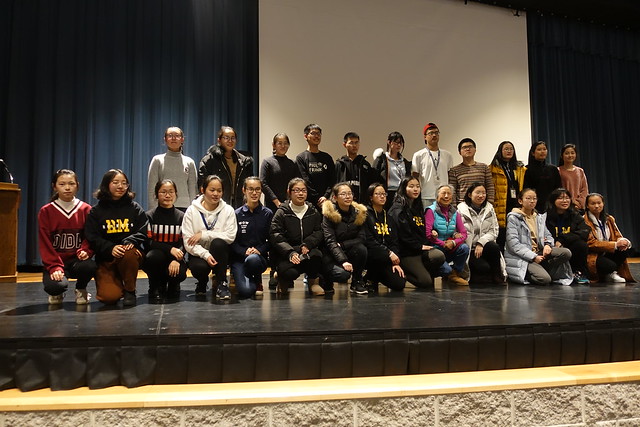 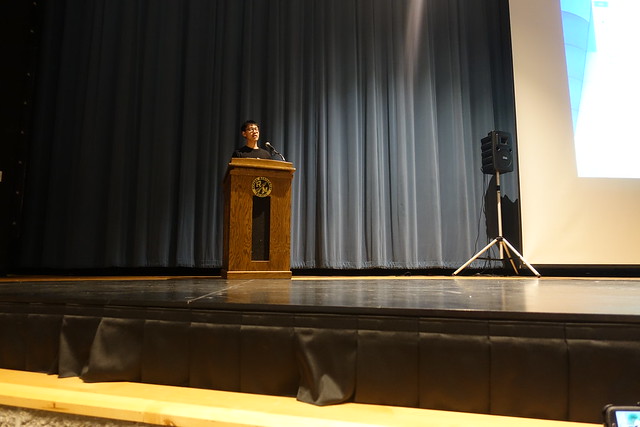 I’m sleeping with Edda tonight, she’s under the weather and I think we can both use the company.  I’m hoping not the flu, so far the fever has been mild but the past few nights she’s woken and needed some Motrin to go back to sleep.  But she has the shivers and slept most of the afternoon which is rare for her when she is well.  I spent the afternoon curled on the couch reading a book, listening to her crinkled breathing.  I was on the fence about sending her to school tomorrow, but I just sent the morning caregiver and the bus driver texts to forgo the morning routine.  I think she’s spending the day with me tomorrow.  I’m trying to keep Vince away from her, I’m hoping that we can limit the spread of the germs. 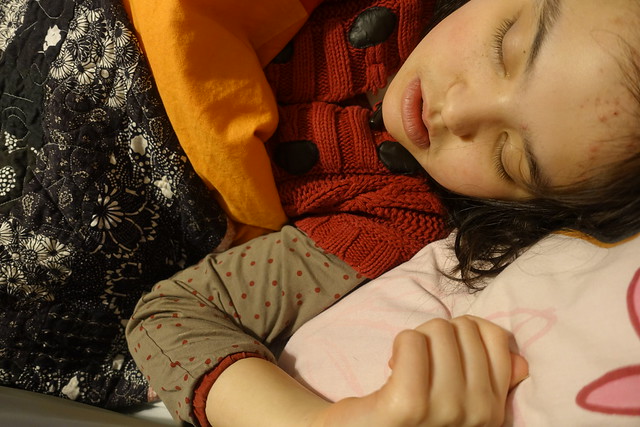 I should not only brag about Vince, I need to brag about Edda who perseveres everyday against her many challenges without complaint, I got this email from her teacher a few days ago.  My Edda!  Feel better soon, love.  xoxoxoxo 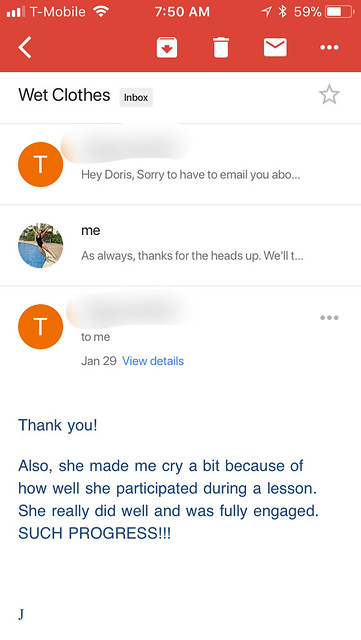