Maybe this guy is getting a little tired of posing for pictures?  Vince photobombing in the background. 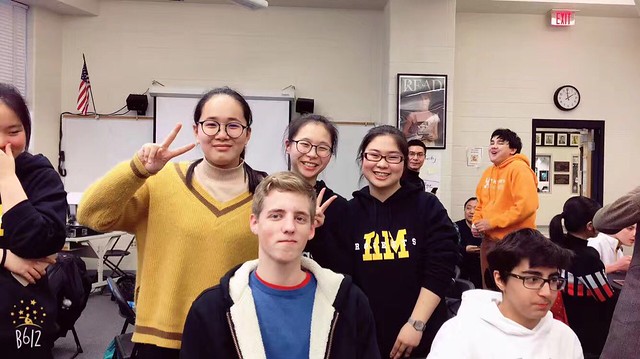 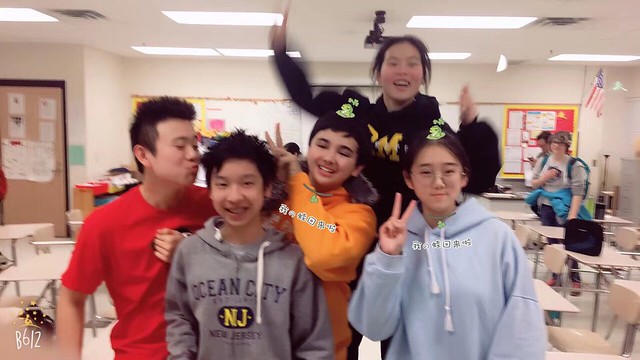 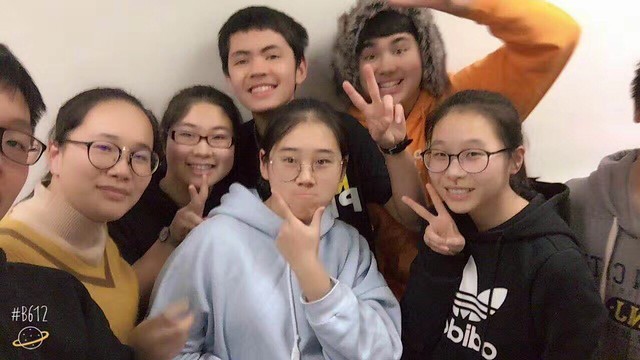 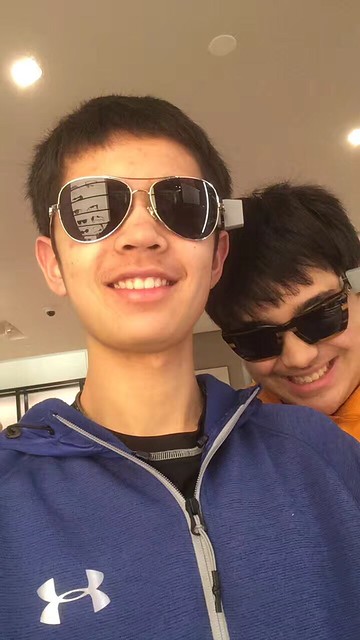 I went to the girls basketball game last night (undefeated!) where the Chinese students & host students were honored during halftime. 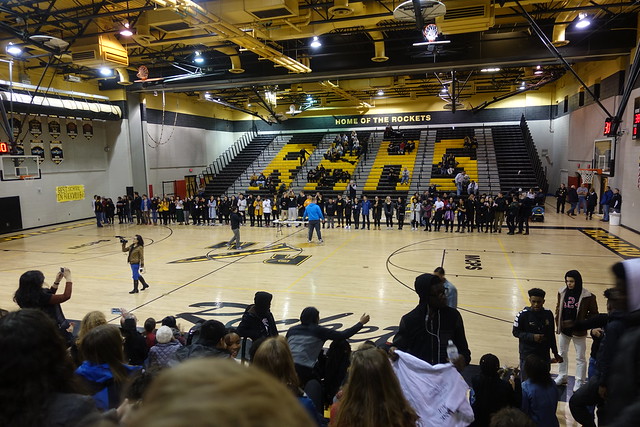 Yesterday Vince found out he got into the IB program at RM.  Most kids start their freshman year and apply from around the county.  They reopen the program up to kids whose home school is RM so they can participate their junior/senior year.   Vince, despite his applying on his own with very little said from me (it’s one of these things where if I push for it or express too much interest/attachment, the resistance builds and the opportunity gets shut out without consideration), is leaning away from joining the program.  It’s a complicated algorithm of what the program emphasizes (not STEM and therefore you have to (gasp!) read more world literature and do more writing) (minus) and the students who are already in the program (minus) and the fact that they get gift bags and pizza Fridays (plus).  I don’t get it.  What the heck?  You get into one of the most coveted programs in the county and it’s right here and the extra work that you’ll have to do is maybe 7-10% and you are going to turn away from it because of an extra book reading assignment?  But then maybe you are going to go do it because they have pizza twice a month and a free sweatshirt?  I am so practical – it looks good to colleges, you just do it, esp if you are a 0.5 Asian male interested in engineering in a wealthy school district.  Anyways, I’m not making him do anything, he gets to decide.  He knows if I had the choice, I would do it, but I’m not him and he isn’t me.  (Though historically, I did apply for the Takoma Park/Blair magnet program in the 7th grade when I was living here.  The school was all the way on the other side of the county.  In 1984?  Sheez, so long ago.  I got in and then…turned it down.  I remember my parents letting me decide and I stayed up two nights thinking about it. I turned it down because I would have ended up having a Beltway 495 commute when I was 12.  Thus began a lifetime of picking things because they minimize the commute. And I did just fine w/o the magnet program.) Though I did convince him to take another year of (non-required) Chinese class.  Jeremy watched that interaction last night with some amusement.  Vince protesting, me cajoling, back and forth, back and forth.  Me holding my ground, yet! Trying! to! keep! the! conversation! light! happy! jokey! Jeremy sighed and said – you two!