After school activities were cancelled on Tuesday afternoon because of the incoming snow, which meant that Edda’s aftercare was cancelled.  I texted her school to hold her (buses can’t be rerouted) and that I’d come pick her up.  I got her home and settled into her room and tried to finish up some work.  We are on vacation next week which coincides with the end of the quarter, so I need to finish up some things so that they don’t go overdue while I’m gone. 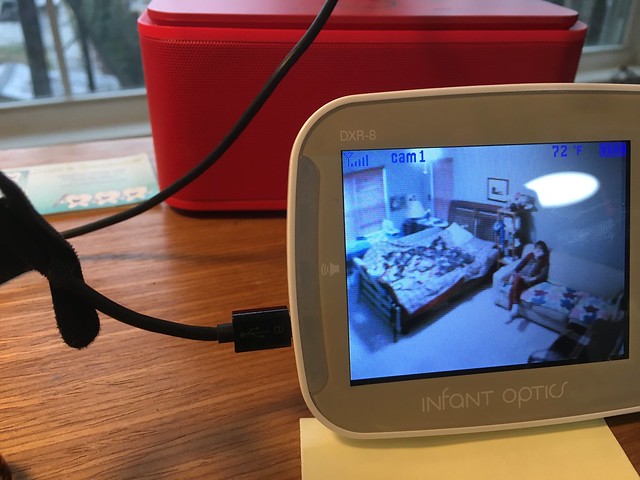 The night before a school cancellation is a wonderful thing (though I did work about an hour or so after dinner which I normally never do because I knew the rest of the week was going to be all screwed up with regard to when I can get my work done – our morning caregiver is out of town for a couple of weeks, so Jeremy and I are splitting morning duties – so I lose an hour or so there every work day), we all settled into sleepy Edda’s room trying to decide on a movie to watch.  It was impossible to agree on anything, so we watched some cooking videos on youtube instead. 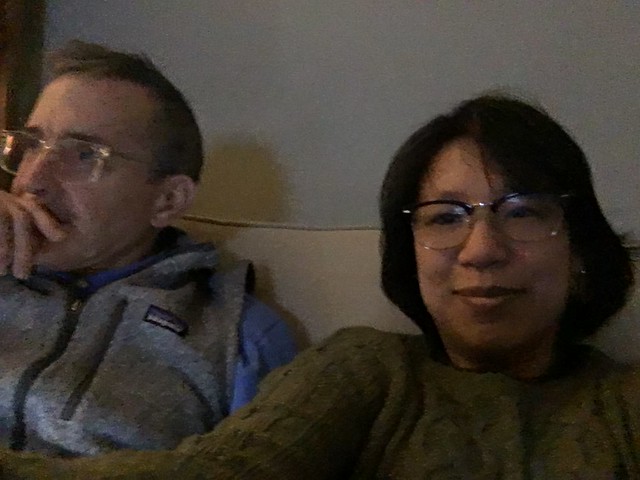 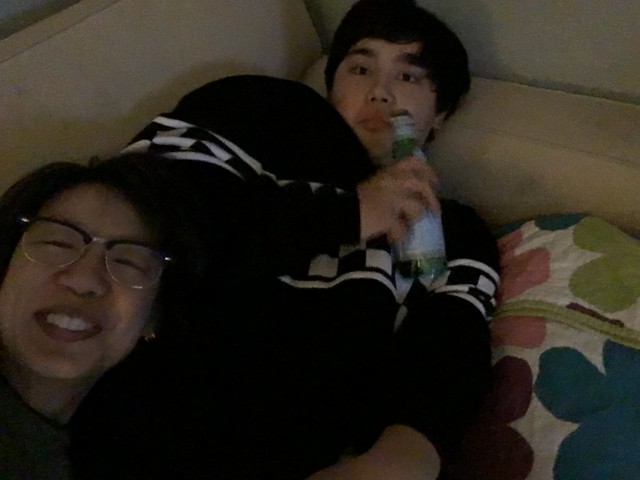 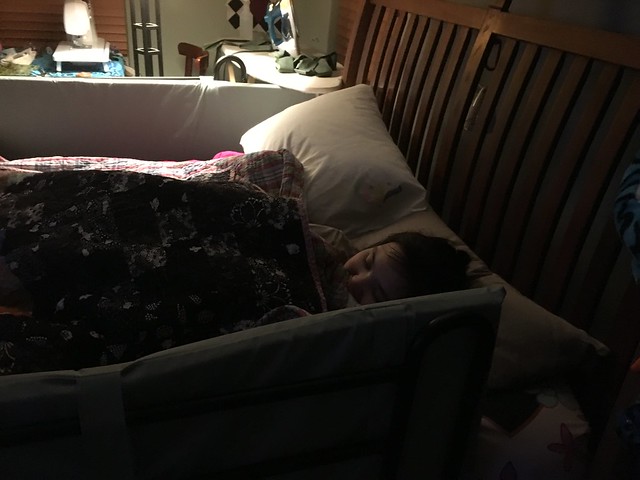 We awoke to less accumulation than was expected, but it did snow most of the day and we got about 4 inches of wet, heavy snow.  I stomped around the house irritated today for no apparent reason, I think mostly that because of the snow day, I lose my alone time in the house.  I still had to work (which I don’t resent – I don’t get a snow day even if the feds close – because it’s so worth it for me to work from home all the other days) and Jeremy still worked – a couple of conference calls for him.  Jeremy went inter (intra?) conference call and dropped off my parents at an airport hotel in Baltimore for their early am flight tomorrow for China.  You think I should hire someone to chop down that tree that goes diagonally across?  Hmmm. 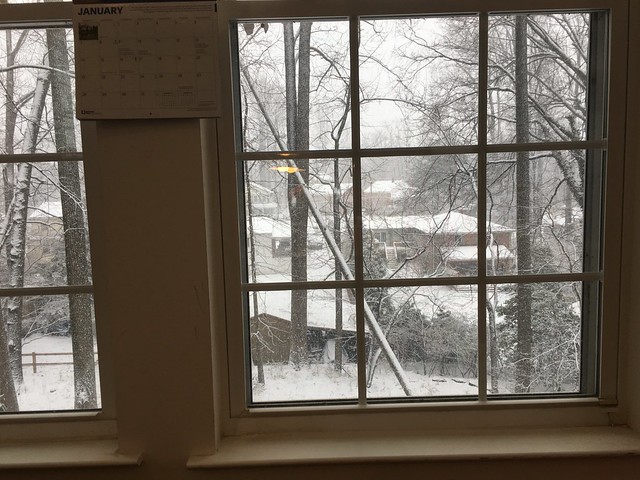 We alternated keeping tabs on Edda.  During my Edda time (around lunch), I learned to bind my quilt and for a moment thought my $100 sewing machine had gone kaput (the presser foot lever seemed to be failing to lift the presser foot) and went to find Jeremy to complain that my sewing machine had died after only 18 months of use and that I probably needed to upgrade to a $600 machine and I didn’t quite want to do that and but I also didn’t want to rebuy the $100 super beginner machine.  I caught him in the middle of an imaginary hill bike race on Zwift and promptly caused him to lose concentration and fail to catch his virtual nemesis.  And then after removing all the back screws off the sewing machine, the thing started working again and I realized I can put off spending $600 on my next sewing machine which delights me to no end.  While I was sewing, Vince came in and chatted to me about how he’s been offered various illicit substances by friends from school, but he’s turned them down and we went back and forth chatting about it – he did not give me specific instances or anyone’s name – but at some point, I said – so if you have any questions, you can always come to me and he laughed and said – mom, I know more about this stuff than you do and I said, uh, yeah I guess that is true.  I am a total square. 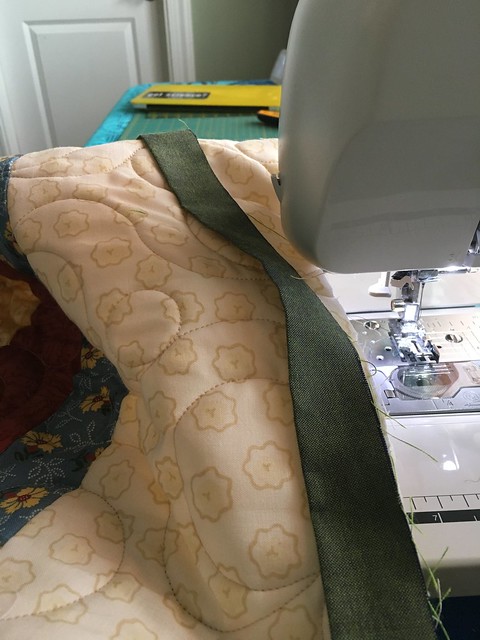 Maxi has been tricking all of us, each time a person comes home in the afternoon, she acts as if she is starving and gets fed “lunch” again.  I swear she gets fed four lunches and I told Jeremy this and he said it wasn’t possible she had four lunches because Edda is physically unable to feed her lunch, so it must be only three lunches.  And then he went downstairs to feed her lunch telling both me and Vince that he was doing it and please not feed her again even if she asks and acts as if she is starving to death.  Two hour delay tomorrow!  And then it’s April. 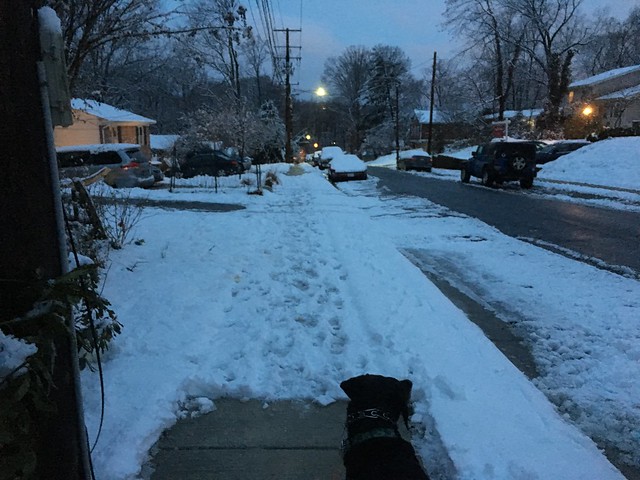