Remember I said all the tours were full when we were planning this trip?  Well it was really only full at Michigan, not at the other two – but I had put us on the waiting list for the engineering tour at Michigan (and promptly forgotten about it) and I found out while waiting for one of the CMU tours (Tuesday morning) that we had gotten a space at the UM tour on Wed afternoon.  We were planning on touring CWR on Wed during the day and not get to UM until Thursday. So I was texting Jeremy to flip the hotel/driving arrangement and go to Ann Arbor first and then CWR on the way home, but Jeremy said it was too late to cancel the hotel, so we drove to Cleveland and stayed the night only to head to AA in the morning. 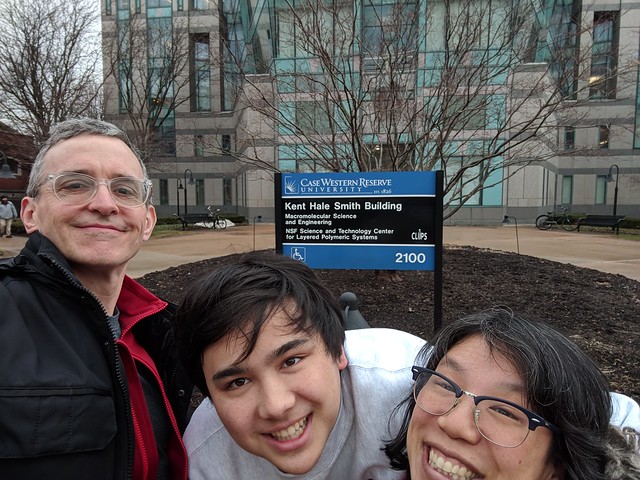 Vince was not super excited about Case – especially after he bumped into Vickey at the pancake breakfast who was not very enthusiastic about her time there and kind of made that clear – but I promised Vickey to go to the polymer chemistry building aka the Emerald City.  So we did that and made our enthusiasm for polymer chemistry known. 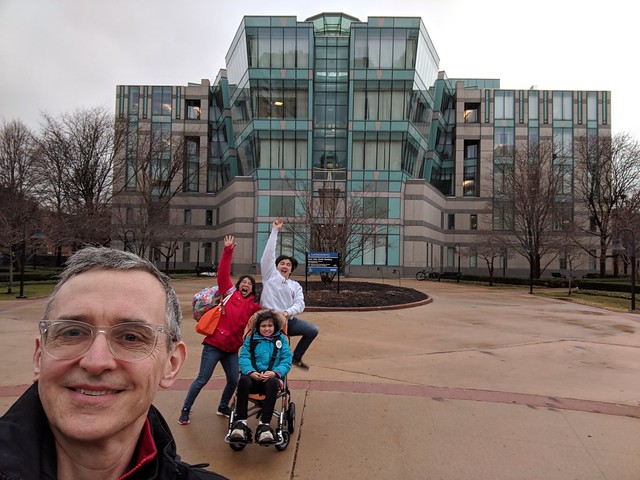 We had a very nice dinner at the student center at a place called the Jolly Scholar and our server was a nursing student from Chicago.  We also were entertained by trivia night. 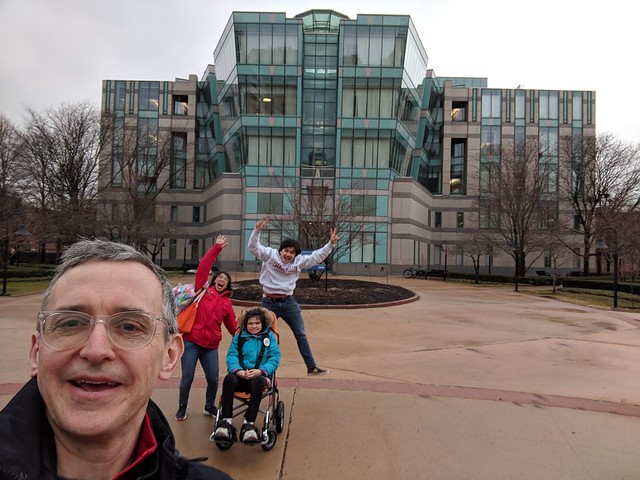 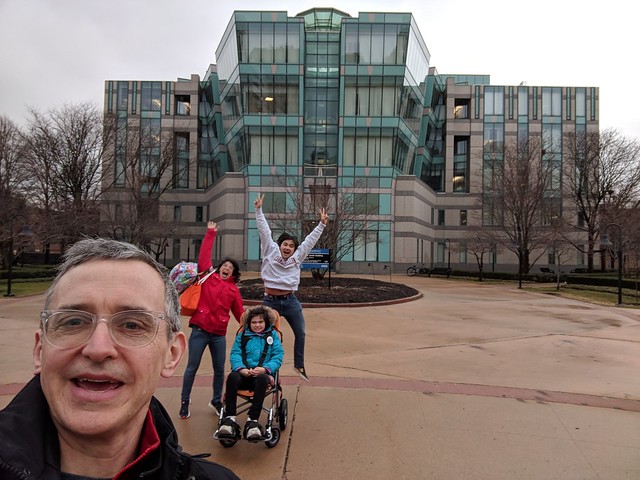 Travelling with Edda is always challenging – mostly from a hygiene standpoint – showering is always tricky.  Edda got her first shower of the trip in Cleveland.  At home, we’ve converted our master bath shower with ramps and we have a shower chair and a shower head with the extend-o leash.  In hotels, I have to get naked with Edda and I’m terrified of her slipping and falling.  I put a towel on the floor of the shower to make it not slippery, then I often press her up against a wall so I don’t have to balance her and I have a hand free to actually clean her.  Then I have to use a nalgene water bottle to collect shower water to pour over her because I can’t quite position her to have the water run in all the right places.

We slept in Cleveland, got up and headed to AA. 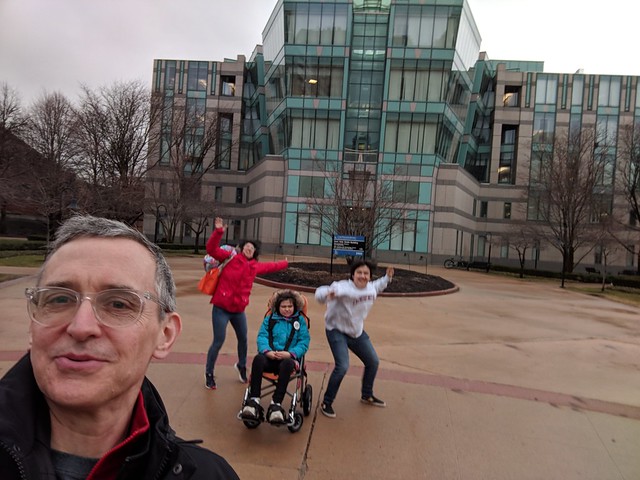