I got a phone call from Vince today.  He’s doing well and very happy.  We are planning on visiting him this weekend (his has Saturdays off from when the last campers leave until the next campers arrive).  He has been bouncing around two different outpost assignments during the week, the mountain biking one and the caving one.  He’s enjoying the caving and wants to come home and boulder in the gym with me.  That would be fun.  The outposts are little stations that are connected by loops of hiking trails.  A troop spends the week hiking the trails and they get to a new outpost everyday where they do the activity and also set up sleeping tents for the night.  They start and end the week at the main Lenhoksin headquarters where there is a dining hall and air conditioned office/meeting space.  Vince has been in charge of the meals at the dining hall which he says is a lot of work.  He wants us to bring his violin (!).  He says everyone there plays their guitar and he wants to play something too.  He also wants us to drive the van in so we can bring his counselor friends to town where we will eat at Waffle House.  I’ve never been to Waffle House before, so I’m looking forward to that.  Inspired by nothing more than having weeks and weeks of extra vacation time and watching hours and hours of the Tour de France, Jeremy is taking off work at the end of the week to bike to Vince.  It’s over 200 miles to the camp from here.  I’ll follow in the air conditioned van on Saturday.  As I was confirming the trip with Vince to make sure that he was expecting us, I mentioned the extended bike ride and Vince said that his dad was insane.  Jeremy is insane, though I know it’s only a temporary insanity brought about by the state of the world and the futile feeling of his efforts away from biking. 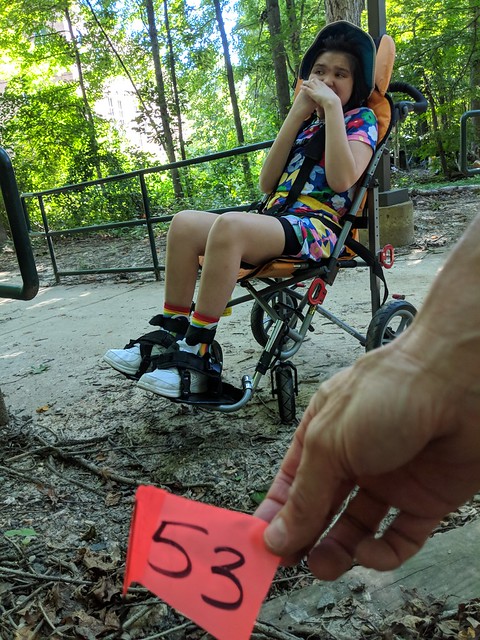 Jeremy wanted to come because they advertised an after-orienteering meeting at a restaurant that served craft beer and Chinese “xiaochi”.  Jeremy’s always wanted to open his own restaurant called Bao & Beer which would serve Chinese dumplings/buns and beer. 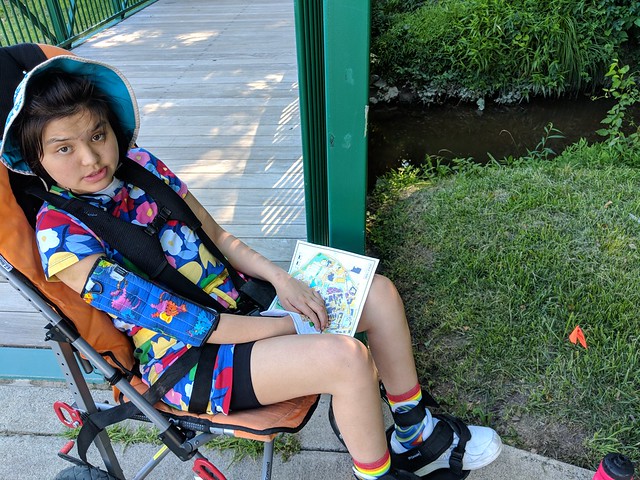 I ran around the campus while Jeremy pushed Edda to find little flagged controls.  It was a beautiful day to be outside. 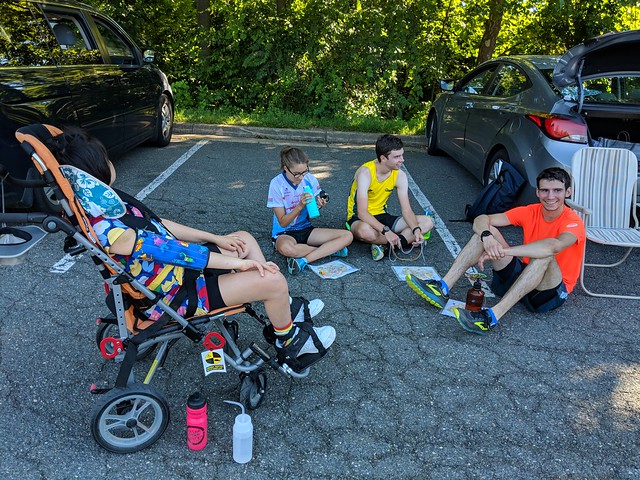 Being middle aged and generally well compensated means that shopping has become dull for me.  I never really need anything because I usually already have it.  Do I ever reach into the closet for pants and don’t find any?  No.  Do I have clothes for weddings, funerals, job interviews, graduations, Christmas parties, baby showers, BBQs, swim parties, girls night out, girls night in, sporting events and/or costume parties?  Yes.  I have all those clothes.  Even my hobbies, I generally have to wait for things to break to by the next thing (see recently purchased sewing machine).  I don’t like collecting things, I don’t need one of every color.  I’m still running in running shorts I bought before Vince was born and I was puttering around Town Lake in Austin, TX.  I’m patiently waiting for the elastic waistbands to give out on those, but they seem invincible.  Anyways, Jeremy has the same problem, but more kitchen focused.  As a poor grad student, he’d wander the Williams Sonoma dreaming about all the kitchen stuff he wanted, but couldn’t afford.  Now we have all the kitchen things that he’s ever wanted so he doesn’t pay any attention to WS anymore.  Until the toaster oven broke this past week.  So he spent some time (when he wasn’t watching the TdF) dreaming and ordering the next toaster oven.  He picked this one which is basically a true oven but just mini-sized. 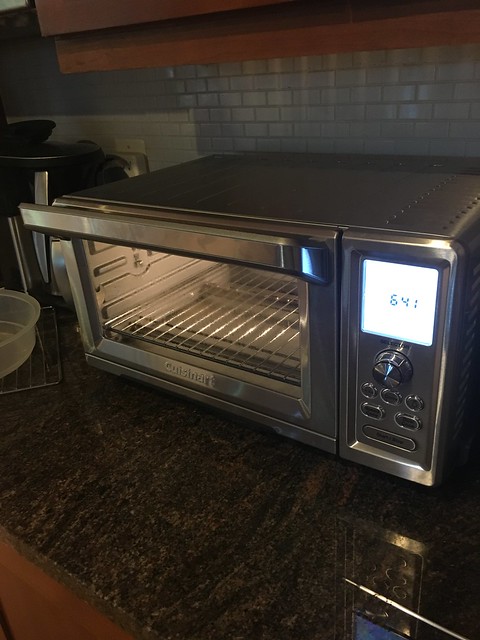 In which I roasted a turkey thigh in tonight.  I left it in too long because I’m of the age now where I can’t look at a new fangled thing and instantly figure out what all the buttons mean and I couldn’t get it to turn off at the right time and also I couldn’t remember to check on it earlier because I was distracted doing something else.  Even though it looks burned, it tasted just fine.  Still juicy.  You gotta get the higher fat thigh meat.  It’s more forgiving than the breast meat. 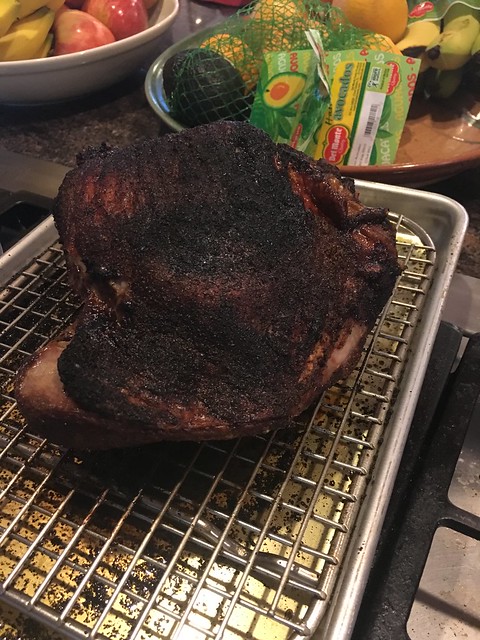 Vickey and I are reading Chip’s book for our two-person-book-club.  Of course, it’s devastating.  Vickey is watching the Handmaid’s Tale at the same time which I know is good, but I refuse to watch. Our crazy dystopian world, it’ll take us a full generation to figure it out.  It’s hard to be kind and generous when all the forces are pulling the other way. 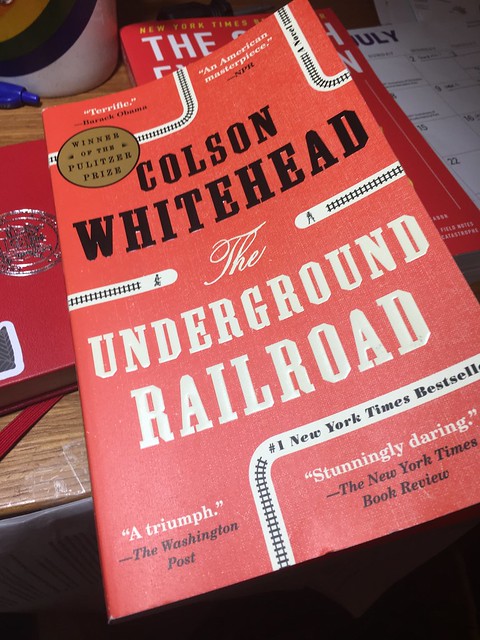