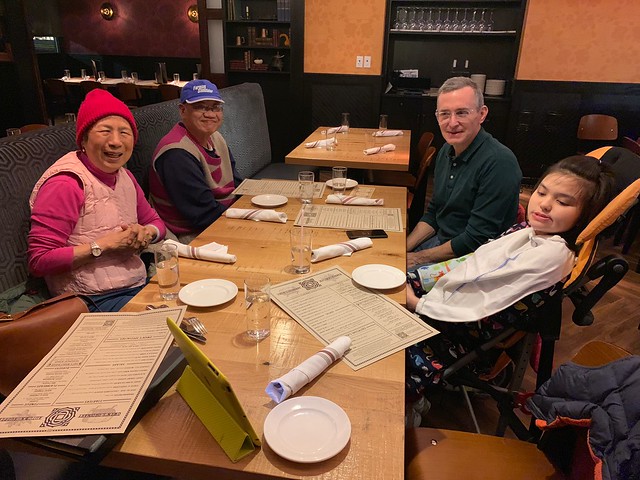 It was an entirely lovely day on Saturday.  Jeremy’s canvassing worked well.  Who knows if he got any votes, but he got to spend many hours in the car with this new-ish friend.  He said the car ride itself was worth the entire day because he got to spend four hours talking about transit planning with this guy who is an expert at planning.  When he got home, Jeremy was all excited from the conversation and I was like – oh! you have a new friend!  That’s great!  I think it can be hard for Jeremy to find pals.  For leisure, he does really, really want to talk about transit or autonomous vehicles – something most guys aren’t interested in talking about.  I try very hard (or mostly hard) to listen to him when these conversations spill out from him and I do/can hold up my end of the conversation when I’m not tired, but mostly I’m not interested and Jeremy knows I’m not interested.  (Don’t worry, it’s the same when I tell him all my hospital stories, he’s interested because I’m talking, but he’s not interested in any other way).

We went out to dinner with my parents at Owen’s Ordinary where the service was lovely and the food was also good.  Though really, there were only 10 things on the menu and 100 different types of beer.  I think we ate all the food there was to try.  Edda ate some salad which she seemed to enjoy.  We don’t often feed her salad because it’s hard to put lettuce on a spoon.

Today was less wonderful.  You can’t have two wonderful days in a row, I think.  We couldn’t get into a groove.  We made it through and had Sunday night dinner at Eric’s house. 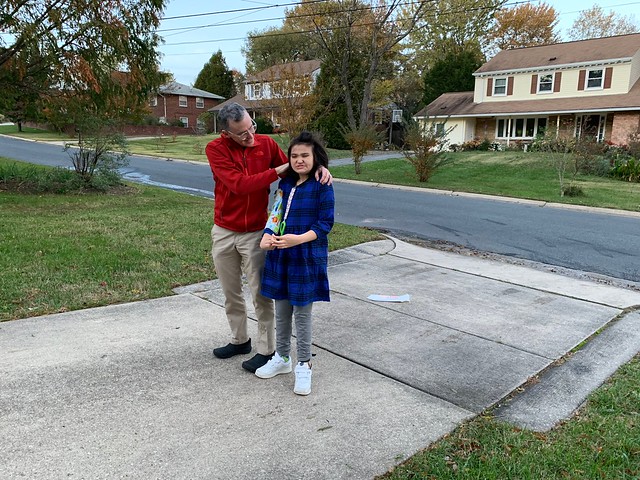 Which was funny in its own way. 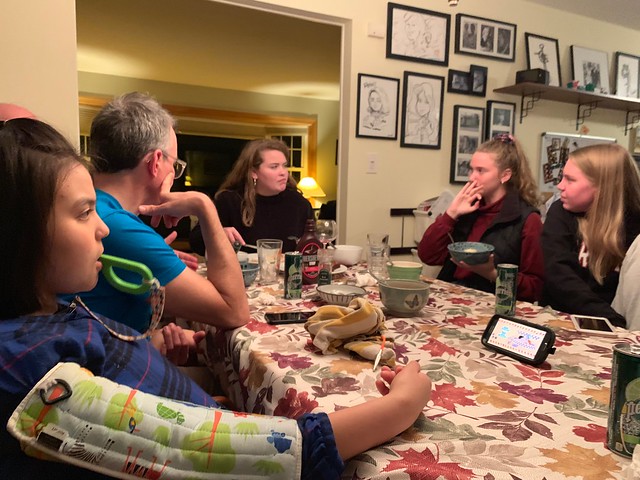 One thought on “Friend, dinner, dinner.”