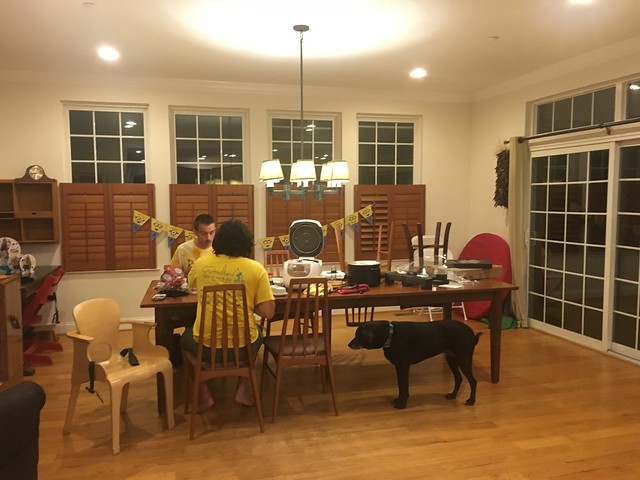 I came home Friday night to find the house filled with boys playing Magic the Gathering.  It’s homecoming weekend, but I think none of these boys are planning on going.  We had a few parents stop by to check out the “party” – I’m actually pretty flattered because I know some of these parents run strict households, but they let their children hang out at our house and even sleep over. 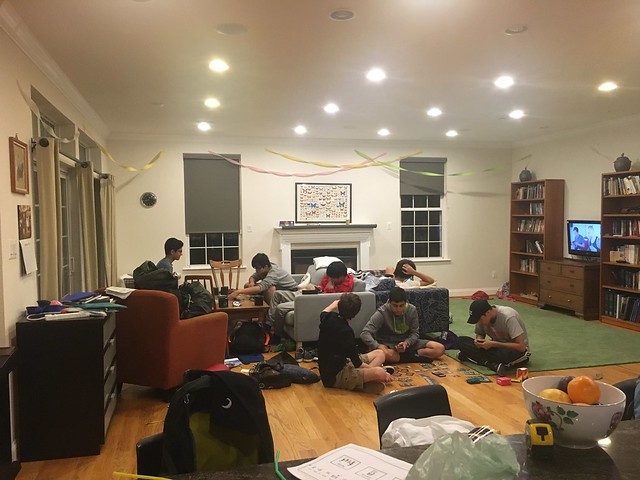 I spent a few minutes tonight talking (again) about sex and consent to Vince like a dutiful, modern, feminist mother as the NYTimes tells me I should.  (We teach our girls, but not our boys! Various articles lament.) He went through the whole thing before I could really even start: neither of us can be drunk, I have to ask it it’s OK, if at any point she seems unsure or says no – everything has to stop.  I know about consent, mom!  We didn’t talk about sex in conjunction with love.  Sex is so much better with love than without love.  I’ll get to that next time, though I feel like I’m losing time for these lessons with Vince, not that I couldn’t tell him years from now, but that it’s almost time that is he’s got to figure out this complicated stuff now on his own.

Speaking of love, Jeremy’s off tonight for a big bike race tomorrow morning. He spent the day with his other love, his bicycle – repairing it in various ways that he explained to me, but I could not quite understand because I do not love bicycles.  He wanted to add more gears before this race and he almost did the whole thing himself with specialized biking tools that he ordered online, but he made it like 95% through the repair and then he got stuck and sped off to a bike store to have them do the final few steps.  They complimented him on his attempt (you almost got it!) and did the last bit and didn’t charge him and sent him back home, happy as a clam.  I always send Jeremy off to bike rides (or races) with a little prayer that will protect him and send him back home to me in one piece.  I know he’s riding hard and pretty fast on roads (though quiet) will have traffic on them. 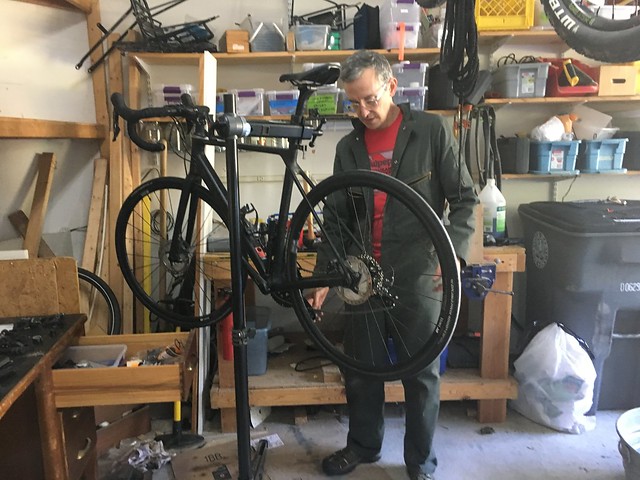 One thought on “Magic, consent, biking.”