International night was Thursday at RM.  Vince worked crew (recording).  It was fast and furious (which is good for a mid-week holiday-week event) – act following act and no lost time.  We traveled all over the place with many, many cultures represented.  Lots of mispronounced names by the HS emcees, they forgot to prep by getting the phonetic pronunciation from the performers like they do at graduations. 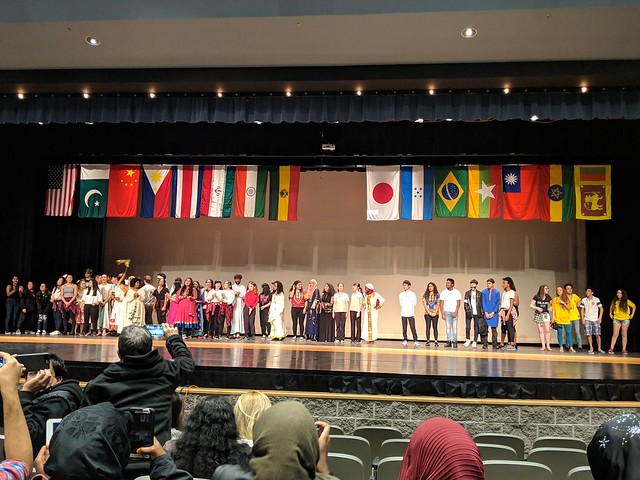 It was surprisingly fun.  The most interesting part to me was there was so much hip hop influence in many of the international acts which were not intentionally hip-hop.  I guess the “American” part of international night would have been all the straight up hip-hop dancing.  And also surprising to me were all the Asian girls participating in hip hop dancing.  Never before have I felt like this – where I see female Asians in some role that I want to be in – but I’m like – I want to be a female Asian hip hop dancer.  That’ll be for later. 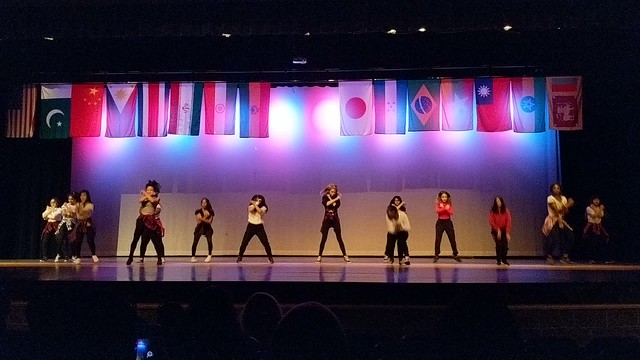 We do love RM for its diversity: 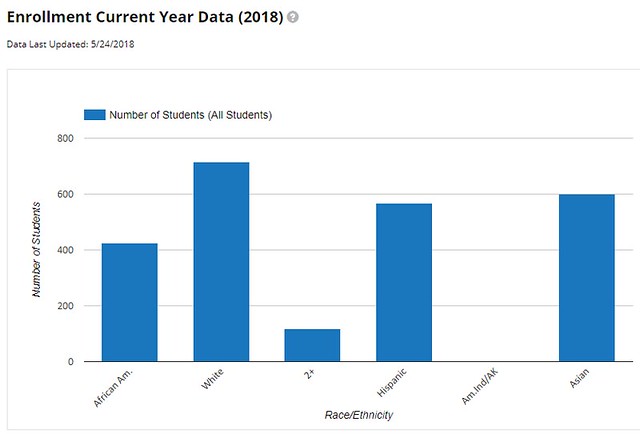 This is Wootton (Edda’s school and my old high school) – these two schools are 3 miles apart: 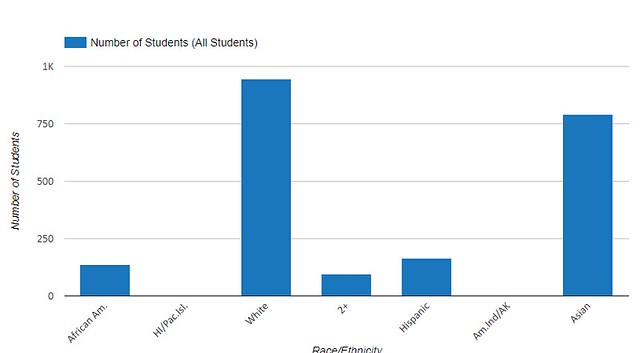 Though I still am very loyal to my old high school.  Go Patriots!  Are my kids in the 2+ category?  I’m not sure.

Bob and Katherine are in town for the holidays.  I’m working Christmas eve and Christmas (probably the first and last time in my life I will ever work these days) so we are doing Christmas on the 23rd and so therefore today is Christmas Eve in the Martin-Lee household.  We went to Bethesda to the Apple store so Katherine could buy a new laptop.  She picked one that was 2 pounds!  Two pounds!  Crazy. 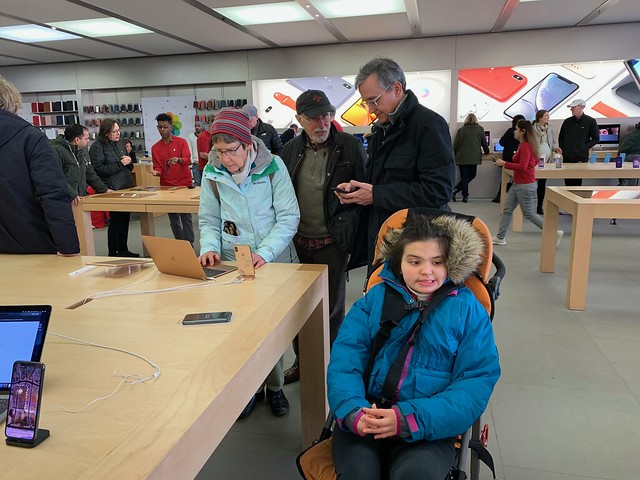 Edda and I were impatient waiting in the Apple store and walked around the rest of the downtown.  We stopped off at Joe and the Juice where I bought an overpriced drink. 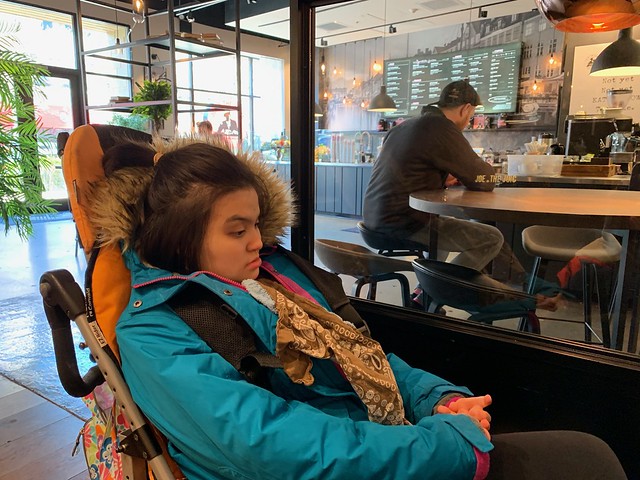 Edda really enjoyed this smoothie.  It was thick enough to spoon feed it to her. 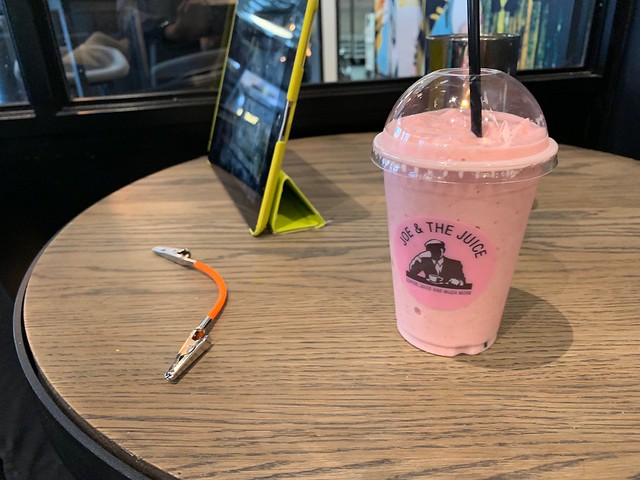 Then we went to Anthropologie where I marveled at dresses. 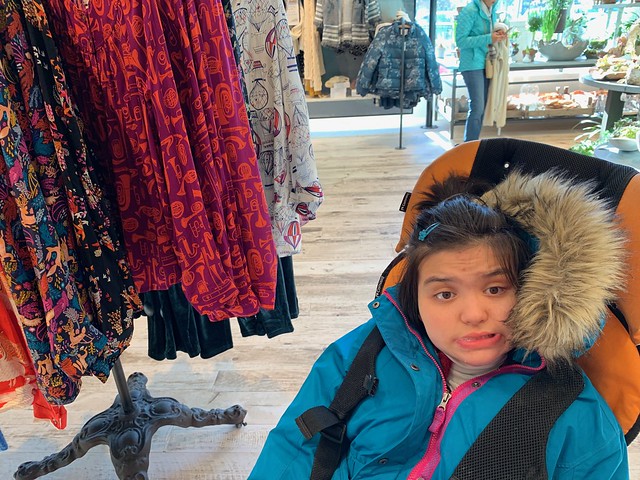 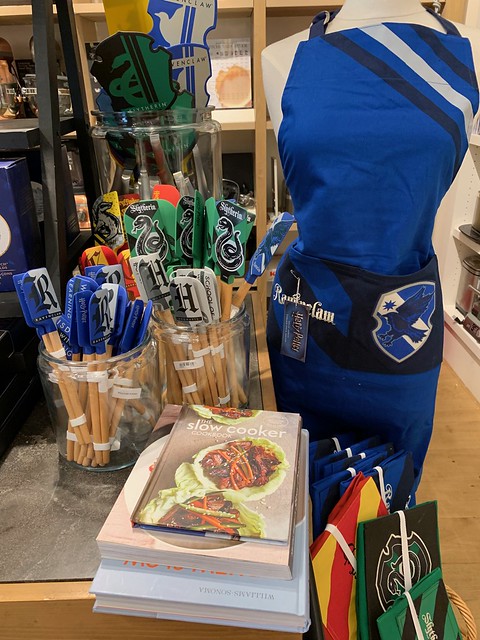