Noel a Builder – with hard hat, safety glass, reflective clothing, a hand-knit sweater from Mom and, of course, a big smile 🙂

I used to worked on two first Westinghouse AP1000 units in China for Shaw Groups several years ago. Then CBI (Chicago Bridge & Iron) bought Shaw Groups and, recently, CBI sold its construction group here (VC Summer) together with Vogtle Plant to Westinghouse just at end of last year.  So, I still have the CBI hard hat.  COOL!

This week, I have received ~20 different kinds of safety training , such as “safety cultures”, “excavation and trenching safety”. “portable power tools”, “hot work”, “look out and tag out”, etc.

Most of them, I am very familiar.  But, part of them is new to me.  To get trained in this way is very good.  It is extremely helpful not only for Nuclear work but also in one’s daily life.  Happy to have this opportunity to get trained. 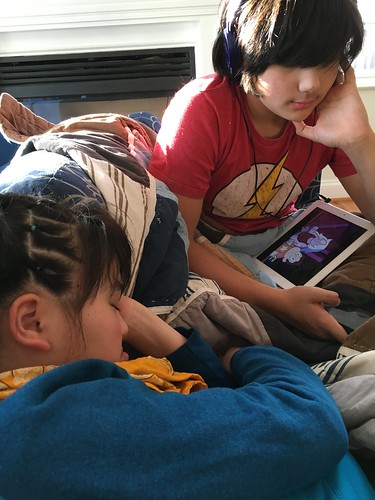 Kids were home one more day (again).  This is the last snow day!  It’s going to be 60 degrees next week – we are all going to be in shorts and t-shirts then.

We had dinner tonight with Debbie and Dennis. Dennis (I say the next bit with sherah’s Texas accent), bless his heart, snowblew (? snowblowed), my mother’s driveway Monday morning – even before any plow had touched their street.

We had Friday night dinner with them as (tremendous) thanks. 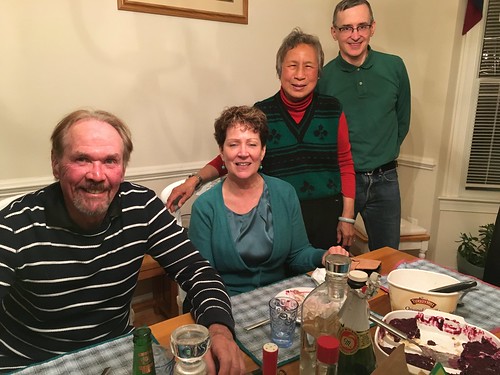 I wanted to give Dennis something nice for his trouble, Debbie told me he liked brandy.  So I shuffled off to the local liquor store with Edda.  I don’t understand alcohol, I don’t drink, I don’t even drink enough water – nothing there looked quite right.  I texted Jeremy to rescue me. 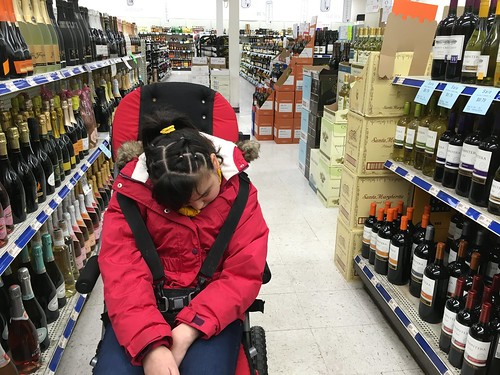 He was just about to leave his office and said, don’t worry, I’ll take care of it.  He walked into a nice liquor store downtown and picked up a fancy bottle.  Dennis was pleased – said he thought he got the better end of the deal which was sweet to say, but I’m sure that I (and my mom) got the better end. 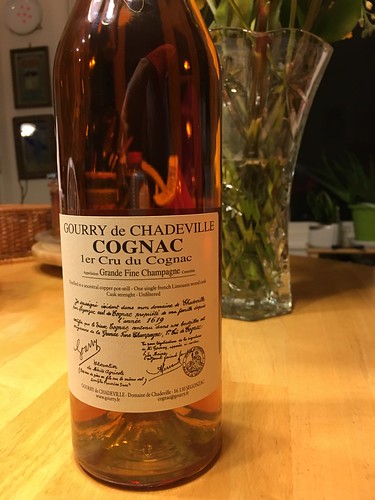 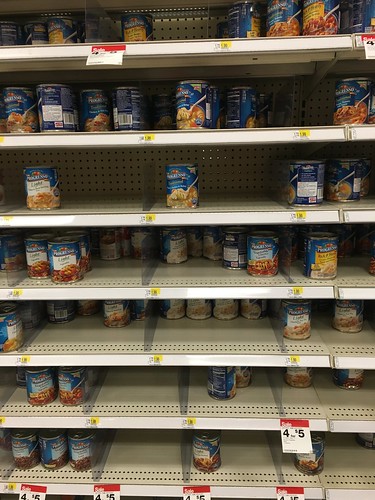 I tried to do some errands today, simple ones like buying spaghetti sauce and black bean soup, but I failed at this task.  The shelves are still empty at the local Target. This mid-day failure set me up for the rest of the afternoon, like setting up a the T-ball stand and just knowing you are going to whiff the next swing.

Though between my feelings of failure, I did have an excellent ox tail for lunch. 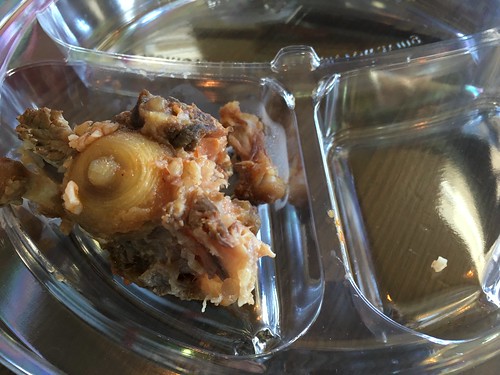 My second feeling of failure came from attempting and failing to make an ortho appointment for Edda’s back at Johns Hopkins.  This has been on my list for many months, but I’ve been putting it off because I like to be in denial.  I called the Hopkins # – they said they need a referral in order to make the appointment.  I called my primary care physician – they said they don’t do open ended referrals, they need the exact time/date of the appointment to make the referral.  I called back Hopkins, they said they *really* didn’t make appointments without the referral.  They suggested I change primary care physicians.  Sigh.  In the end, I got the two of them to talk to each other!  Success.  Kind of.  The primary called me back and said – who diagnosed her?  we have nothing on the chart that says she has scoliosis.  I admitted that I diagnosed her.  (I know, I’m not an expert or anything, but I can tell with my eye/fingers when things are two inches off center.)  Primary says – I gotta check with the doc.  I said I was willing to come in so they can see Edda’s back and also that I feel like I needed to compensate them for all this phone tag I’m making them do.  Anyways, primary called back and said  everything was straightened out (ha ha scoliosis pun) and all I had to do was call Hopkins again.  (This is such a boring story.  In the hands of a better writer, I know this could be riveting.)

So I call Hopkins back.  I can’t make the appointment because they can’t find the referral. 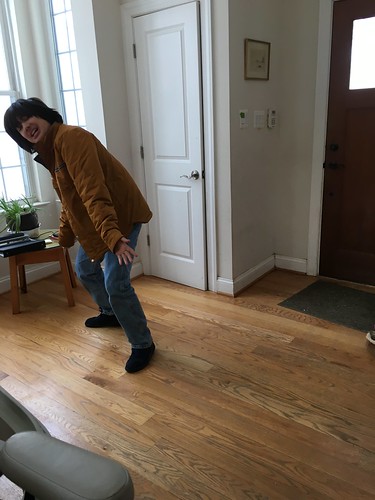 We just got an email saying that school is cancelled for tomorrow (Thurs.) – it’s a real mess.  The roads are pretty clear here, it’s just that some schools still don’t have their parking lots plowed or bus access cleared.  In our neighborhood, the sidewalks are still sketchy, especially the parts where no one claims as “in front of their house”.

Vince has been taking advantage of the days off of school – the storm blew in just as he finished his last final of the semester, so there is no schoolwork for him.  He’s been seeing friends or just chilling out watching lots of TV.

Edda has been in the house for days, though yesterday we took her to Montgomery Mall where we ate at full food court and ran into many interesting people.  We shared a table with a lady who lives at Ingleside who said they did an excellent job during the storm, though she was relieved that finally she was out and about.   Edda ran into a camp counselor at JCC who ran up to her and gave her a big hug.  That was nice. 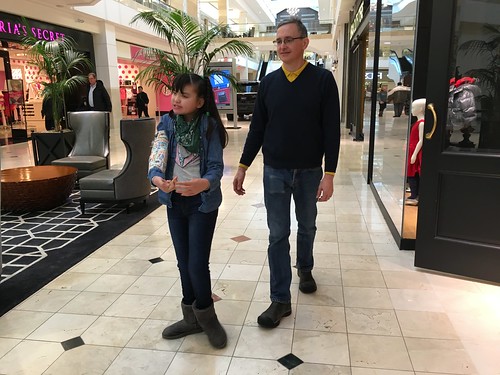 It’s always a little strange for me to see Edda walking without anyone touching her in a public place.  It happens so rarely, but I suppose it could happen more frequently. 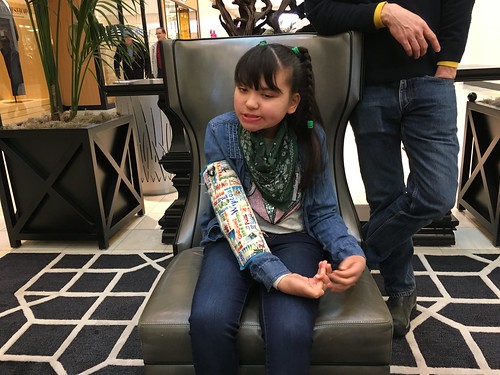 Last night we watched Zoolander in anticipation of its sequel coming out this summer (?).  It’s a bad movie, but it had Donald Trump, David Duchovny and David Bowie making cameos.  Jeremy and I both sighed when David Bowie came on screen – to which both Vince and Keyla asked – who’s David Bowie?  Ha ha.  Oh well. 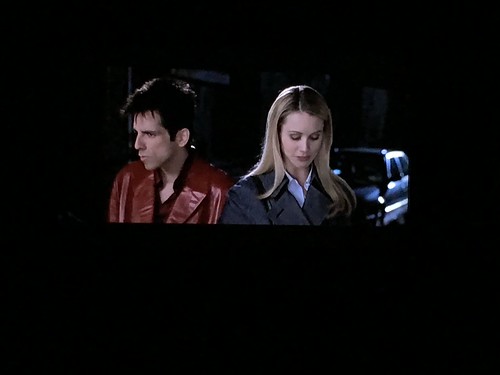 Today, everyone was so bored, we channeled a little bit of David Bowie into Edda’s eyebrows. 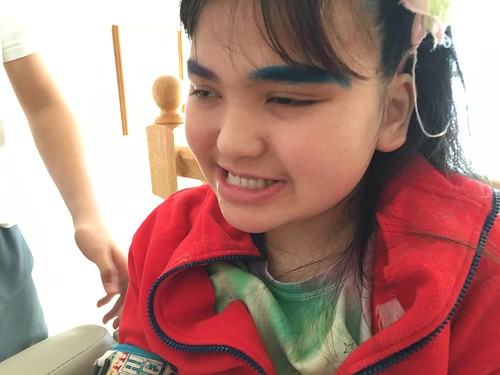 Yesterday, I went back to my hotel around 3:30 PM, watched some TV, had a honey ham sandwich as my dinner and went to bed at 7:00 PM.

This morning, I woke up around 4:30 AM.  In between, I slept all the time.  It was a sound sleep with 9:30 hours continuously.  I have seldom slept this way – usually wake several times during my sleep 🙂

There is still a lot of snow around.  Kids were home from school and will be again tomorrow.  Jeremy stayed home as the Metro only opened the below ground stations today.  I worked – no snow day for me.  This was suppose to be my first week of class, my classes this semester are on Tuesdays (tomorrow) – those are cancelled too.

We haven’t driven since Friday at noon.  Trying to stay off the streets so roads can get cleared.  I haven’t even really walked further than the end of the block.  Jeremy did make it to town center on foot today – he reported that the elementary school was still buried under a beautiful white blanket.

We are slowly eating down our food supply, collecting all the compost and waiting for something.  I’m not sure what I’m waiting for because no way is anyone shoveling the backyard walk between the house and the compost pile.  I guess I’m just waiting for spring. 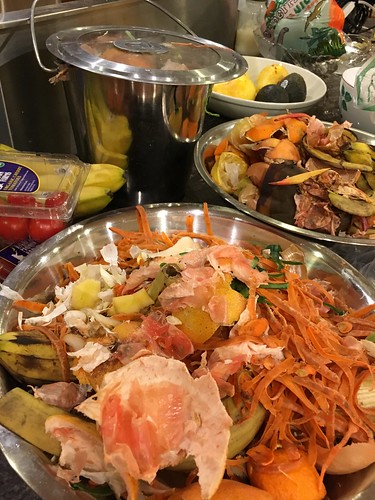 Today is the first day of work.  Of course, this full week is all about getting proper training as to how to perform work in nuclear power plant environments.  I have got several training sessions of this kind before and am familiar with the subjects.  They are more or less the same.  But, when I got my grades back, I was pretty happy and felt much younger.  I got two test grades with scores of 98/100 and 100/100.  Pretty good. Right?

On the lodging side, I called several apartments and checked out a better hotel.  This hotel will charge me about $430.00 per week and the one I stay right now is ~$250.00.  Of course, it is much better there but I probably will stay in this economical hotel for a while.  As with respect to apartment, I need to keep looking.

On last Friday, I drove about 12 hours and, half of them, was under freezing rain and snow.  Very proud of that too.  Just like duracell batteries, keep ticking 🙂 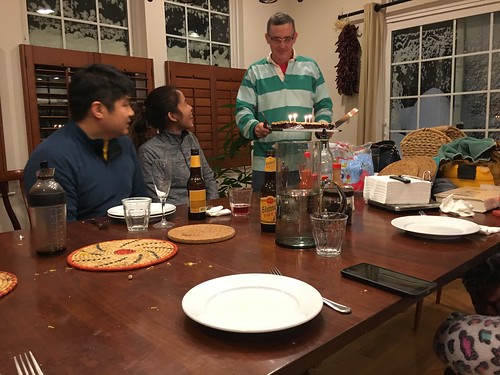 Let’s first start with – Happy Birthday Nat!  Last night, we were all stuck in the house.  Jeremy managed to make blueberry/lemon bars with ingredients on hand and we celebrated Nat’s 27th birthday.  We all agreed that 27 is the best age to be.  Forever and forever.

I’m now exhausted.  My enthusiasm for snow is at its nadir.  I just finished my second round of shoveling.  Jeremy is out for his third round of shoveling.  It’s not yet 2pm.  My arms!  So sore.  My will!  So puny.  I’m trying out audiobooks while I shovel.  Listening to Kate Atkinson’s Life after Life which is also sapping my brainpower because it is about this woman who dies over and over again and relives her life again and again and I keep losing my place because I start daydreaming or a neighbor asks a question and I flub the controls on the app (which then makes it skip forward or stumble back) and then I can’t quite decide where I am in the book because the same story is told over and over again with small differences. 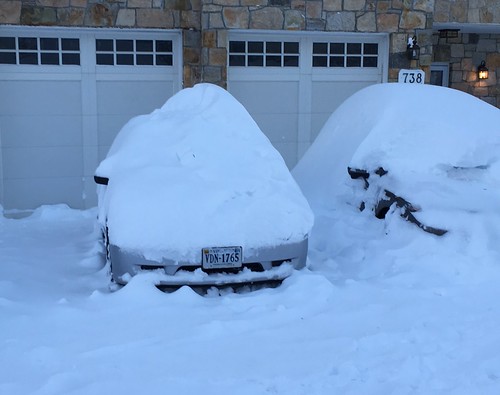 It’s a beauty though.  Mostly because the power stayed on and we are warm in our house.

Some videos for your viewing pleasure.

By now, everyone knows the “Big Storm of 2016” that hits east coast.  In order to report to work on Monday in South Carolina prior to this nasty storming weather, I left at 4:30 AM on Friday morning, driving south along interstate highway 95 and arriving at my hotel in South Carolina at ~6:30 PM..

First 280 miles was pretty good.  After that, in Southern Virginia and Northern Carolina, weather turned nasty with freezing rain and snow.

But, one of them shouldn’t take that long, if it was handled properly. It happened at a under pass of route 95, at the intersection of a local road (over pass). Theoretically, even the road was completely blocked there, it was fairly easy to re-route the traffic out of and into route 95 using two ramps by crossing this local road. The detour was not long either.  It was about 1,000 ft only.  The problem was there was a STOP sign at local road crossing.  Since no one there to direct drivers to ignore this STOP sign, every car needed to do a full stop before crossing the local road and driving toward route 95 on the other side of the under pass.  With all these trapped cars, it took forever just to pass this STOP sign. May be, people working on the accident had a bad day and couldn’t think too much.

The last 100 miles of driving was not easy either because it was all under heavy shower.

After all these, luckily, I finally arrived at my training office around the Columbia Airport in Columbia, South Carolina. It must be their new office.  Even the company sign is printed in plastic sheets.  Here is the picture for that 🙂